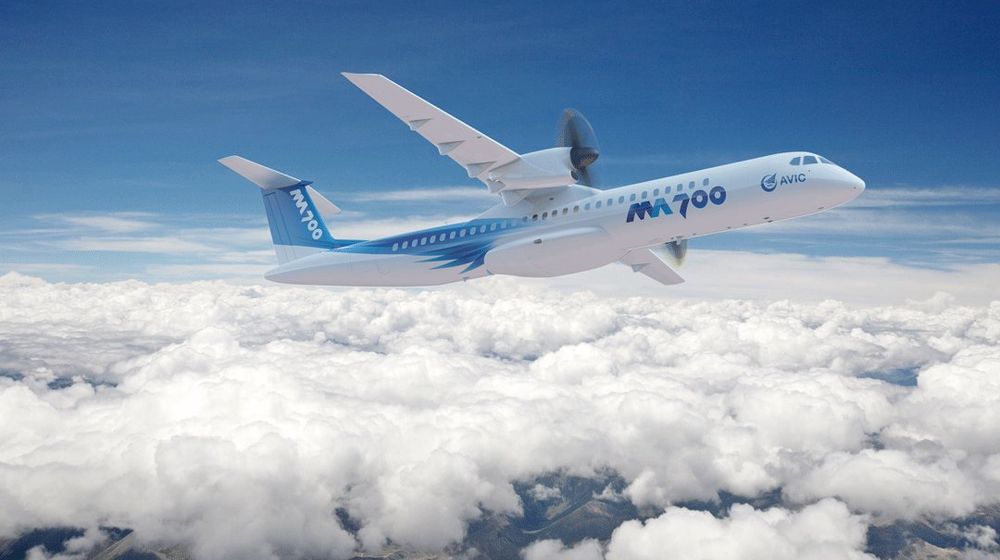 Xian Aircraft Industrial Corporation under the parent company Aviation Industry Corporation of China (AVIC) is working on a shoulder-winged turboprop-powered airliner known as Modern Ark 700 (MA700) with the ability to operate in complex flight environments.

Pakistan, among other countries, like Bahrain, Cambodia, Saudi Arabia, South Africa, etc. is already lined up to acquire the $25 million MA700 which will available in 2022.

The 86-passenger capacity aircraft can reach a maximum speed of up to 640 km/h and has a range of up to 2700 km. The medium-range twin-engine aircraft is a direct competitor to French ATR 72, Ilyushin IL-114, and Canadian Bombardier Q Series and the company aims to capture 20% share of the global turboprop regional aircraft market by 2026.

The aircraft’s capabilities make it ideal for PIA’s domestic flights. Pakistan Army’s aviation wing and Pakistan Air Force can also make use of an aircraft that’s built to operate in difficult situations.

According to the Global Times, the company has already received 285 intended orders from 11 clients including Pakistan for its third member of the MA series – that also boasts MA60 and MA600.