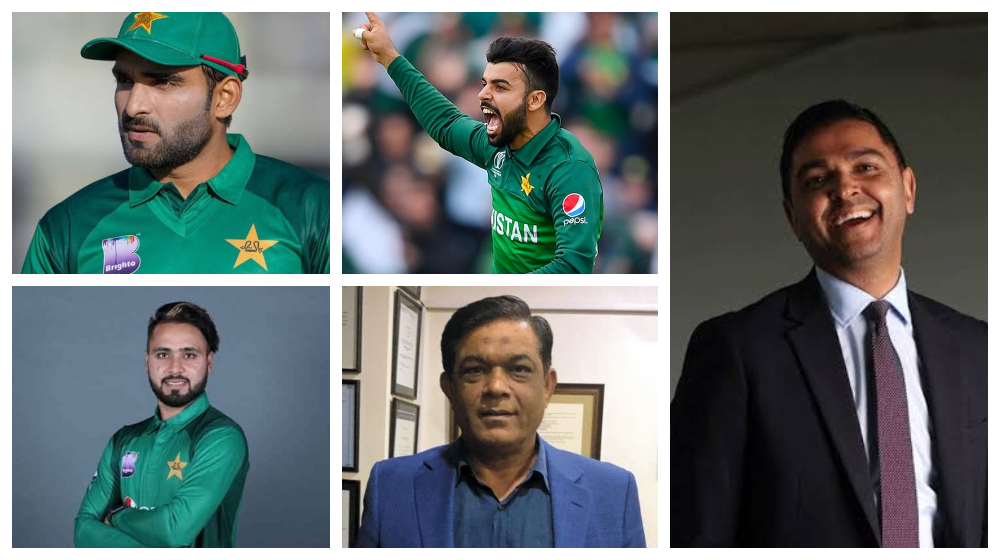 Former Pakistan captain, Rashid Latif, has claimed that the CEO of Pakistan Cricket Board (PCB), Wasim Khan, has started blocking cricketers on WhatsApp due to unknown reasons.

Due to this attitude, the Rashid Latif has also blocked Wasim Khan, he told in a YouTube video a few days ago.

Alongside cricket analyst Dr. Nauman Niaz, Rashid Latif told that Faheem Ashraf had texted the CEO seeking permission to play franchise-based leagues and he has since been blocked. Latif also said that he has the proof for what he’s saying, telling that Shadab Khan and Asif Ali have also been treated the same way.

According to the recent reports, Faheem Ashraf was barred from playing for the Melbourne Renegades in the upcoming edition of the Big Bash League in Australia, and similar claims are being made about Usman Shinwari, however, he is part of the Pakistan Test squad playing against Sri Lanka.

The two also claimed that there’s a lot going on in the PCB, especially in terms of the power game. One of the ongoing issues is corruption at the National Cricket Academy (NCA) in Lahore and two senior officials including Ali Zia and Mudassar Nazar have either stepped down or decided not to seek an extension.

PCB has also formed a three-member committee to investigate alleged corrupt practices in the NCA. Wasim Khan has withdrawn from the Cricket Committee while Haroon Rashid will also part ways with the PCB early next year.

The duo said that some prominent cricketers are controlling the PCB from behind the scenes. Talking about Fawad Alam’s inclusion, Nauman Niaz claimed that it’s all been done on directions from the top.

Expressing his anger, Dr. Nauman said that he also got a message from Wasim Khan for mimicking his English speaking style.