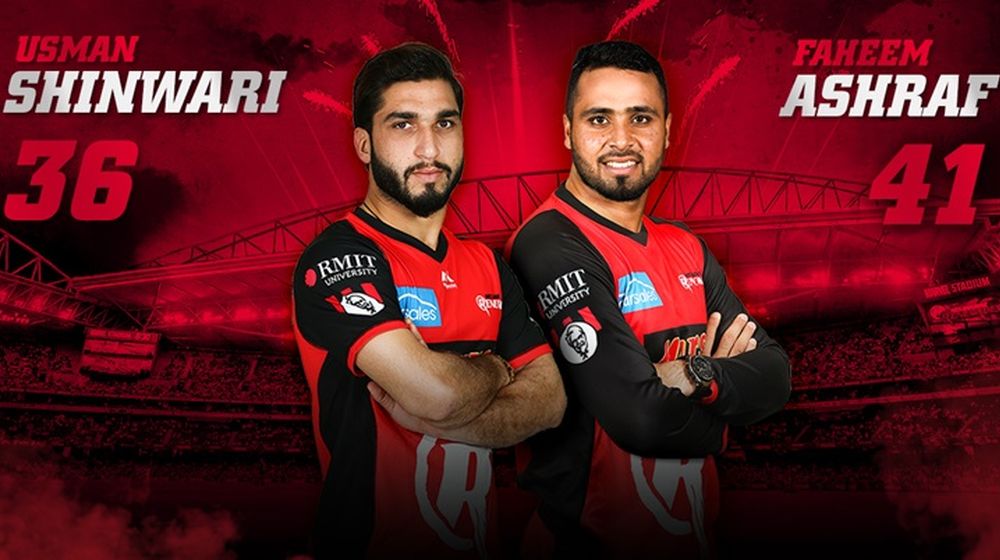 After barring the domestic players from participating in the T10 League, Pakistan Cricket Board (PCB) has now decided against allowing all-rounder, Faheem Ashraf to participate in the upcoming edition of Big Bash League in Australia.

On the other hand, Shinwari is busy playing for Pakistan against Sri Lanka and therefore, he will also not feature for the Renegades who will play their first fixture against Sydney Thunder on December 19. Pakistan’s second Test is also scheduled from December 19-23 at National Stadium, Karachi. Shinwari was a part of the Renegades squad last year as well, taking 8 wickets from 7 innings.

The two were signed by Melbourne Renegades for a limited number of matches, however, Faheem has been asked to play domestic cricket in Pakistan instead of traveling to Australia, Cricket Pakistan reported. No other Pakistani player was picked for the Big Bash this year.

Renegades had signed Faheem for the first 8 games whereas Shinwari was set to play the first 5 games. The defending champions have now replaced the Pakistani stars with England fast bowlers, Harry Gurney and Richard Gleeson.

Do you think the Pakistani players should have been allowed to play the BBL? Let us know in the comments section.