Earlier this week, reports of an outrageous increase in gas prices circulated on various media outlets.

However, the petroleum division has issued a notification rejecting any such increase. It termed the reports of the increase in gas prices as baseless and unverified.

According to the notification, media outlets had reported a hike in gas prices up to 214% for various gas users. The government has not notified such an increase. 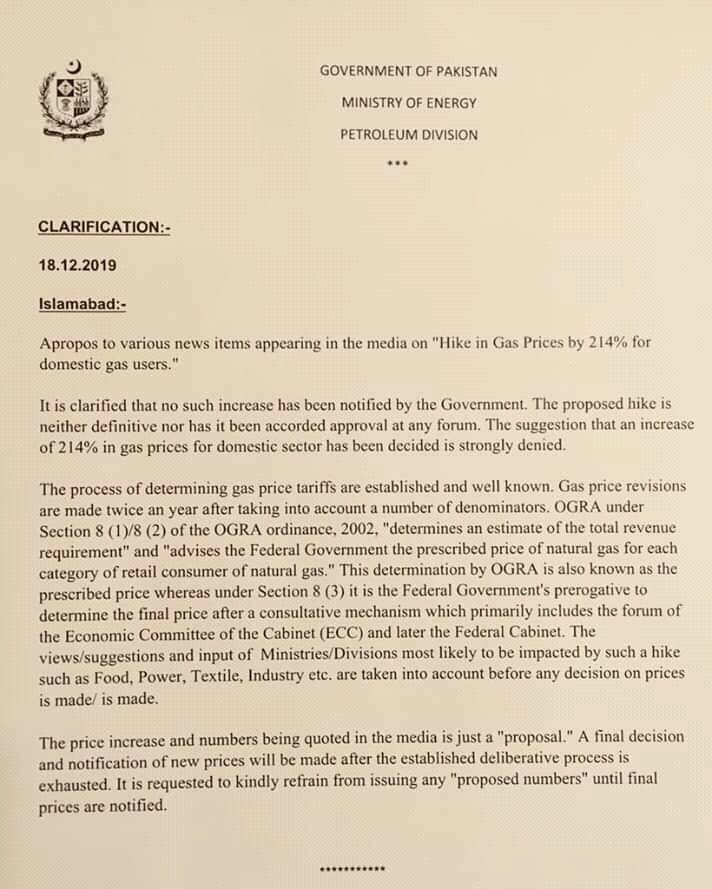 The notification also highlights that gas prices are revised twice a year after considering different factors. Oil and Gas Regulatory Authority (OGRA), through powers vested in it under section 8(1)/8(2) of OGRA Ordinance 2002, forwarded a summary to the federal government suggesting an increase or decrease in the gas prices after taking into account total revenue requirement.

The federal government holds consultations with the Economic Coordination Committee (ECC) and the federal cabinet. Views, suggestions, and reservations of ministries and divisions are taken into account during these meetings.

Under section 8(3) of OGRA Ordinance 2002, the federal government holds the power to accept or reject the summary forwarded by OGRA suggesting an increase or decrease in gas prices.