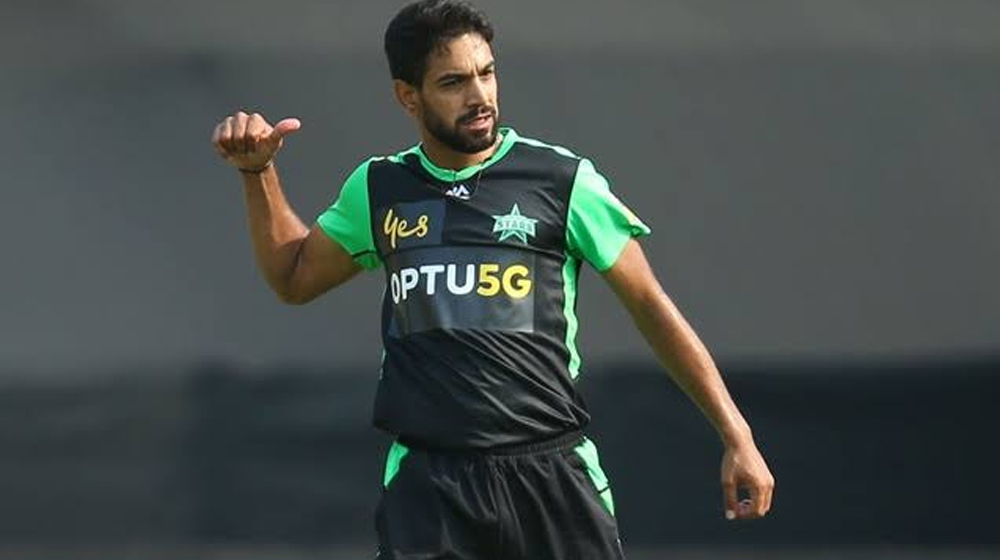 Pakistani pacer Haris Rauf has quickly made a name for himself after joining Sydney Thunders for the 2020 edition of the Big Bash League.

The fast-bowler has already picked up 13 wickets and is currently the second-highest wicket-taker.

Today against Adelaide Strikers, Haris picked up a phenomenal hat-trick towards the end of their innings. He removed Matt Gilkes, Callum Ferguson and Daniel Sams in consecutive balls.

This was the second hat-trick of the day after T20 specialist Rashid Khan tore through the Sydney Sixers earlier in the day.

Here’s how Rauf managed to get his hat-trick:

Rauf finished with figures of 3 for 23 off his four overs as the Thunder limped their way to 145-5 in their innings.

The pacer has quickly made a name for himself and many are labeling him as the next big thing for Pakistan. Rauf has already been praised by legendary fast-bowlers Wasim Akram and Waqar Younis.

Haris was criticized earlier for his ‘kill celebration’ and the spearhead has changed it to ‘adaab’ celebration now.

Haris Rauf 🔥 #HatTrick why is he not playing for Pakistan?

What a find for Melbourne stars

When he plays, he gets his name in news. Ladies and gentlemen, this time he is news after a hat-trick in Big Bash! HARIS RAUF YOU ARE A Super STAR💥💥💥 pic.twitter.com/jdWEJLWOfR