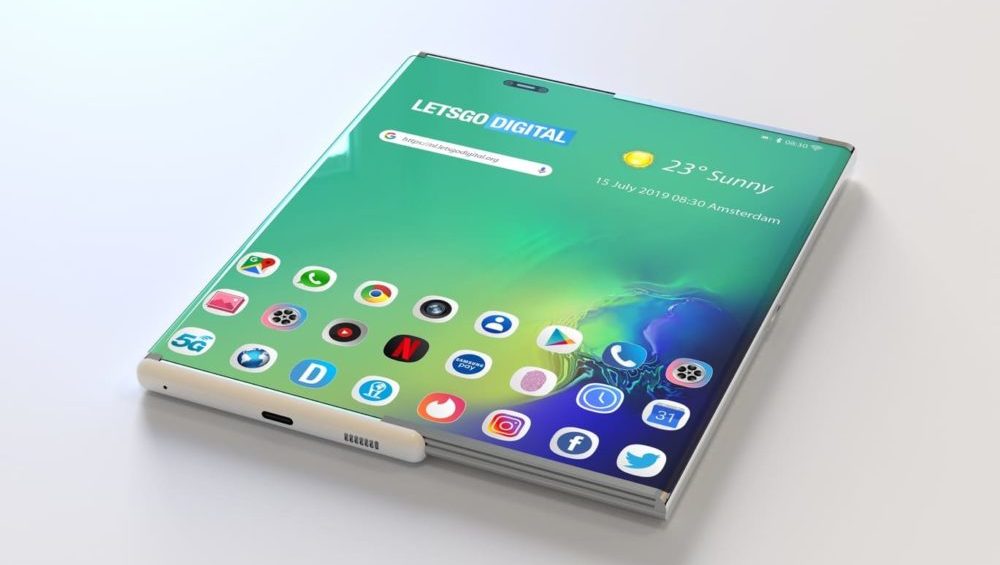 While the hype for the Galaxy S20 and Fold 2 grows day by day, Samsung has reportedly also unveiled one of its most radical Smartphones in years – a phone with a rollable display.

At the CES 2020 event, Samsung showcased a phone with a rollable display at one of its private booths where only the most senior partners of the company were invited. Unfortunately, there are no live images of the phone available yet, but a rendered image produced by folks over at LetsGoDigital gives us a good look. 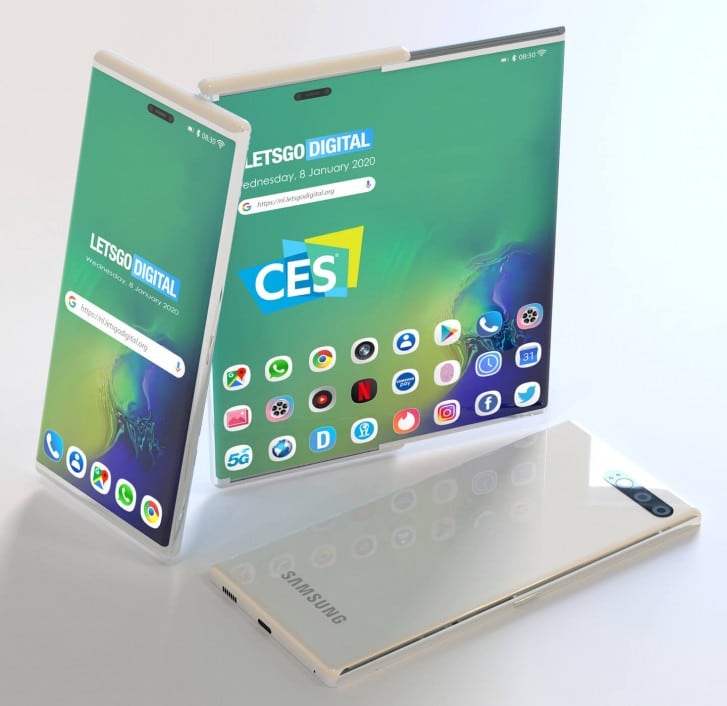 The render shows how the phone with a reasonably compact size extends into a tablet once the display is unfurled. LetsGoDigital believes that the display can extend from 6 inches to 8 inches, but take that information with a grain of salt as we don’t have official information yet.

However, the image does show clear advantages of a rollable display Smartphone compared to a foldable one. They come without any display creases, eliminate the need for two chassis, and can be fitted into a much thinner form factor.

It is highly unlikely that Samsung will release the rollable Galaxy phone this year, but the technology appears to be maturing fast as a number of manufacturers including LG, Xiaomi, and TCL are working on similar phones.

We will keep you posted about Samsung’s rollable display phone.