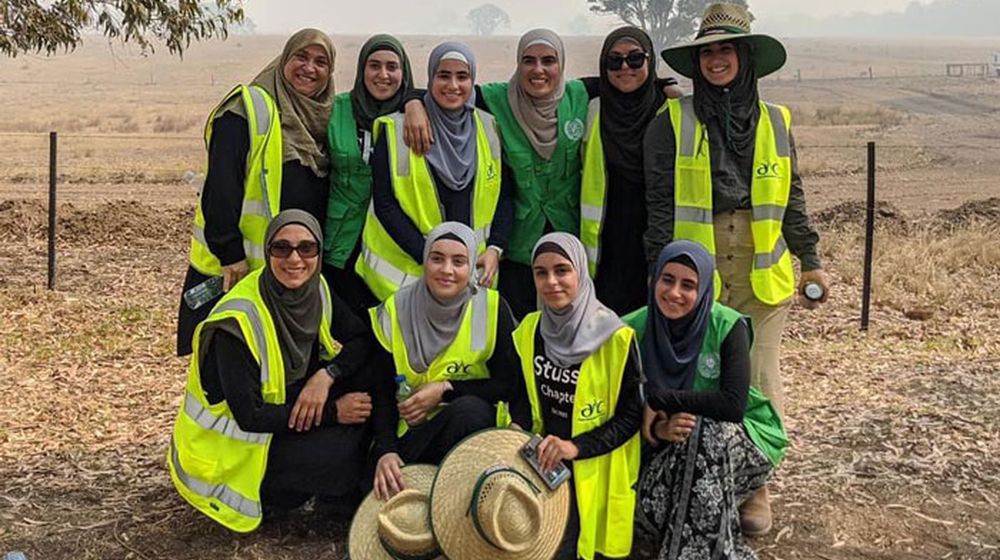 Australian wildfires have killed hundreds of millions of animals and burned millions of acres of land, however, the calamity has also revealed a number of heroes.

Alongside firefighters, volunteers have been doing their best to put out the fire and save the precious lives of animals. Another such group of Muslim women, from the Australian Islamic Centre in a suburb of Melbourne, traveled more than four hours to bring food for the tired firefighters.

Rashid Elhouli, who oversees online public relations, told that the ladies also cooked food for the rescuers in Jacksonville, who thanked them for their wonderful gesture.

“[I] extend the thanks from the heat-affected areas,” said Rodney Baylis, a Johnsvonville firefighter in a video that was uploaded on social media.

I just been on the phone to the captain down there and he nearly broke into tears when I told him what we are bringing in for them today.

Elhouli told an international news outlet that her team collected 5 trucks of supplies after talking to Melbourne Flame Brigade.

NDRMF & Govt. of AJK Partner to Decrease Landslides in The Region

Later, the ‘team set up another cookout and called all affectees to eat. They had a variety of meals, including lamb kebab, chicken kebab, beef sausages, and mincemeat.’

What are your thoughts on their act of kindness? Let us know in the comments section.