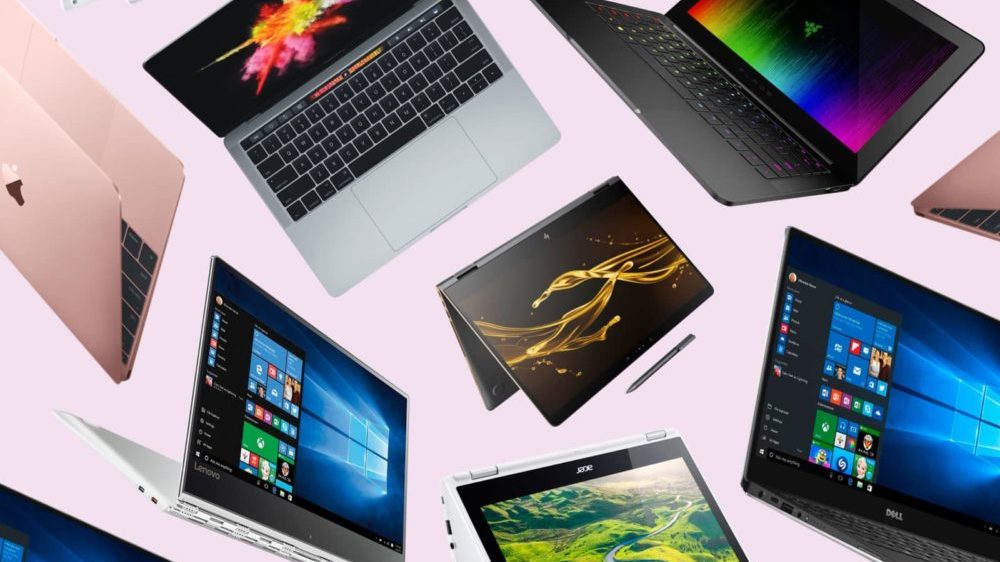 Both IDC and Gartner reported annual growth in PC shipments after seven years of market contraction. These sales were mostly driven by vibrant business demand for Windows 10 upgrades as the support for Windows 7 came to an end.

Reports from Gartner and IDC show different statistics when it comes to the growth of the market. However, as far as the top vendors are concerned, both of them have reported Lenovo first, HP second, and Dell rounding out the top three.

According to Gartner, PC shipments grew 2.3% to 70.6 million units in Q4 2019 globally. The top six manufacturers include Lenovo, HP, Dell, Apple, Asus, and Acer. Among these, Apple and Asus saw a decline while the other saw a slight increase. Dell is an exception here, the American based company managed to ship nearly double the PCs as compared to its biggest rivals. However, it is still further behind Lenovo and HP. 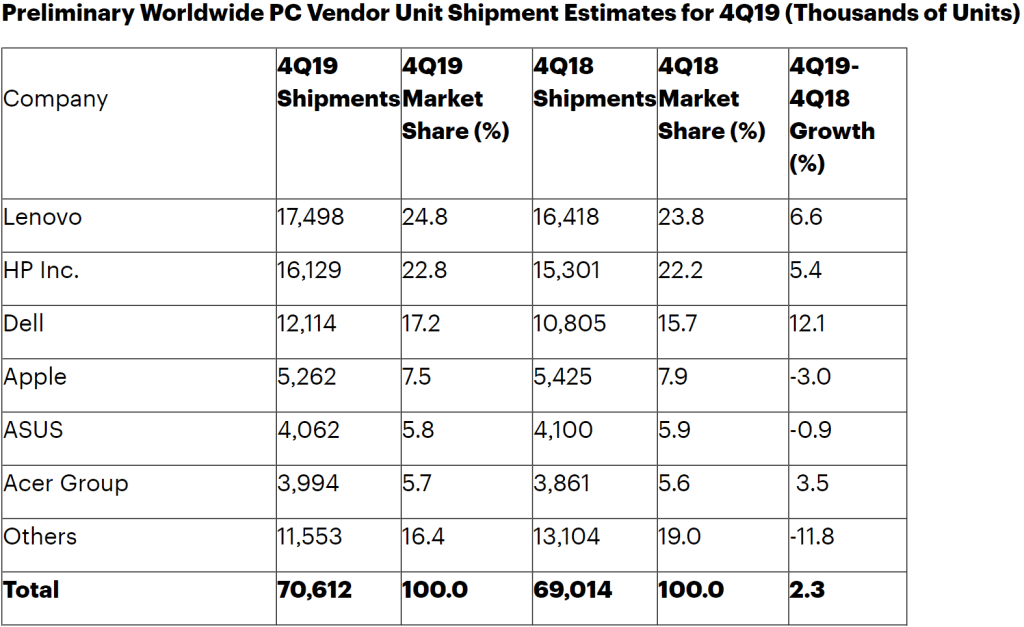 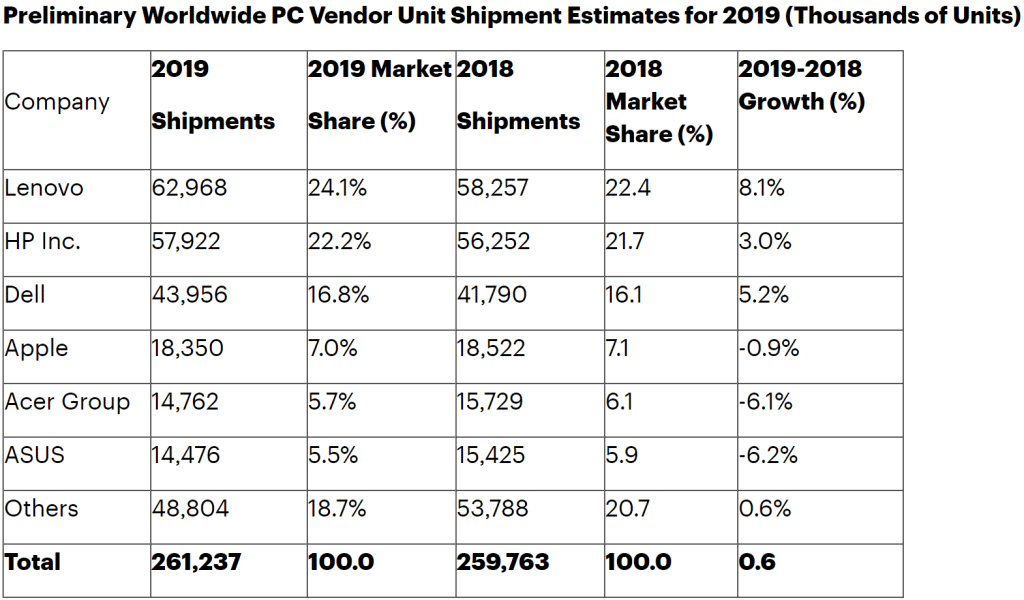 Based on the report published by IDC on Monday, PC shipments grew 4.8% to 71.8 million units in Q4 2019. Just like Gartner, IDC also concluded that the top five vendors include Lenovo, HP, Dell, Apple, and Acer. Where Apple and Acer saw a slight decline, and the rest of the market soared by 2.3 percent.

According to IDC, the PC market saw a 2.7% increase in shipments from 259.6 million to 266.7 million in 2019. Lenovo, once again, was further ahead and saw the maximum increase.

We expect this growth to continue through this year even after Windows 7 support comes to an end this month, as many businesses in emerging regions such as China, Eurasia, and the emerging Asia/Pacific have not yet upgraded.

The ongoing Intel CPU shortage, which began the mid-last year, became a major issue again on PC delivery to enterprise customers by the top three vendors. Without this shortage, shipments would have grown faster than the reported results.