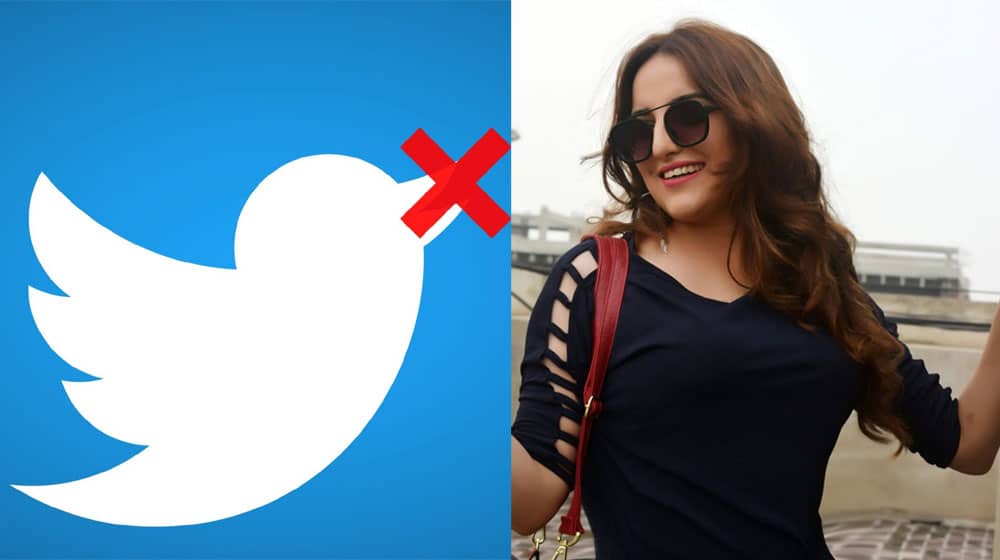 The Senate Standing Committee on Information Technology and Telecommunications has recommended the government to initiate an agreement with Twitter management for sharing information about fake accounts and blocking these, and a warning may be issued for stopping the microblogging and social networking service from working in Pakistan in case of non-cooperation.

The parliamentary panel met with Rubina Khalid in the chair on Wednesday.

The PTA apprised the committee that Twitter is not cooperating in removing the fake accounts.

Senator Rehman Malik said that Twitter management should be asked to close the fake accounts and if it does not happen then the PTA should issue a warning that Twitter will be stopped from working in Pakistan.

The committee recommended the government to initiate an agreement with Twitter management so that information on fake accounts can be shared as well to identify accounts that are involved in defamation and harassment.

The chairperson raised a question about Chaudhry Aitzaz Ahsan’s fake Twitter account. The member of the PTA said, “We have made a request to Twitter for closing fake accounts operating with the fake names, but unfortunately, it is not cooperating with us.” He said, however, the fake account impersonating Chaudhry Aitzaz Ahsan has been closed down.

Malik asked PTA to send a delegation to the Twitter headquarters and convey Pakistan’s concerns about fake accounts with various names. He further said that Twitter management should be asked to close the fake accounts and if it does not happen then PTA should issue a warning.

The PTA officials said that the authority always takes strict action on complaints. The chairperson also took notice of incidents of breach of privacy of citizens and said that it is unfortunate that two girls, namely Hareem Shah and Sundal Khattak, had become top trends on Twitter.

According to PTA, it has processed over a hundred videos containing unlawful content for removal and over 90 percent content was removed by TikTok. PTA has been ranked number one government entity in terms of overall complainant satisfaction on Pakistan Citizen Portal (PCP). With a complaint resolution rate of 94%, the PTA is amongst the top ten government entities with successful resolutions to complaints on PCP.

Malik said that the action of the two girls to breach privacy should be considered a cybercrime. Senator Faisal Javed said that the privacy of an individual should not be breached.

Theft of Data from NADRA for SIM Cards

While discussing the matter of data theft from NADRA database for registration of SIM cards on fake credentials and use of illegal exchanges in the country, the response given by Pakistan Telecommunication Authority (PTA) did not satisfy the committee and it observed that the issue is far from resolution despite new biometric systems and better surveillance.

PTA stated that no incident regarding system misuse/bypass has been reported so far but admitted that the cases related to illegal issuance of SIM cards against finger impression of innocent people enticing them against meager incentives have been reported. All such cases are referred to FIA after preliminary investigation for further probe and appropriate action.

The members of the committee, including the chairperson, expressed their reservations on the working of PTA.

The ministry was directed to hold a meeting with PTA, FIA and NADRA and report to the committee within a week.

The committee also directed the PTA to refer the case of use of derogatory remarks and character assassination of Dua Mangi by social media users to FIA and make it an example by identifying the people involved and giving them strict punishment on the offence under section 21 of the Prevention of Electronic Crimes Act 2016.

According to PTA, it has not received any direct complaint from the aggrieved person for action under PECA; however, based on the information shared through the Senate secretariat, the PTA identified 17 URLs containing content maligning the modesty and character of the young girl Dua Mangi.

The same URLs have been processed for blocking under section 20 of PECA as the URLs contain explicit comments with respect to moral character, attire and general reputation of the victim. These include 16 Facebook and one twitter URLs.

The briefing on Digital Pakistan Program was deferred and it was decided that all stakeholders who have worked on the program shall be called simultaneously to get an all-encompassing briefing.