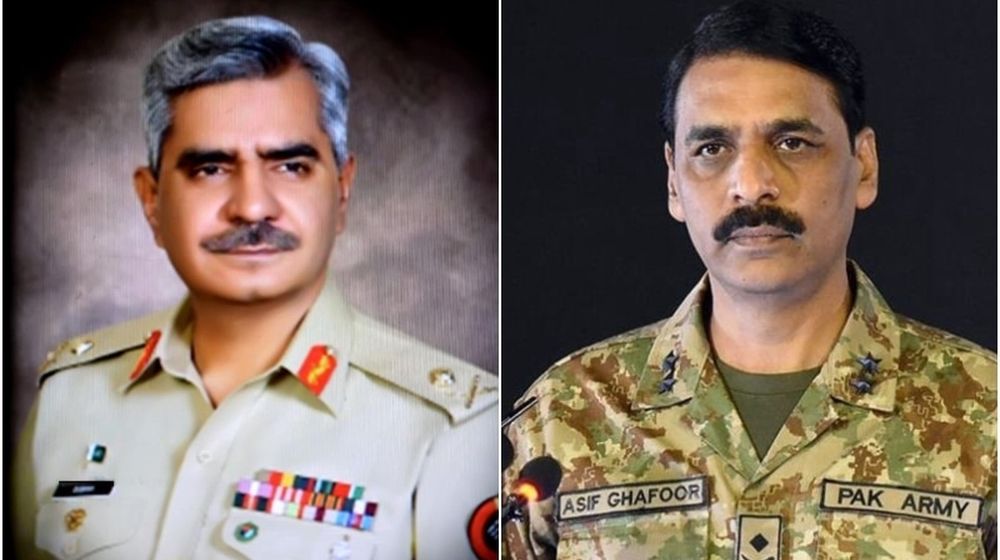 In a major reshuffle, Pakistan Army has appointed Major General Babar Iftikhar as the new Director-General of the Inter-Services Public Relations (ISPR). The head of Military Intelligence has also been changed with Major General Azhar Waqas replacing Major General Sarfraz Ali, who will now be the new Inspector General of the Frontier Corps (South) Balochistan.

Army’s new spokesperson has replaced Major General Asif Ghafoor, who was and still is one of Pakistan’s favorite personalities right now, all thanks to his role post-Pulwama incident. He has now been transferred to command the 40th Infantry Division in Okara in place of Major General Azhar Waqas.

Confirmed: DG ISPR’s Lookalike from 2005 is Actually Asif Ghafoor Himself

The nation is hoping that Major General Babar Iftikhar will continue the good work especially in the era of 5th-gen hybrid warfare.

All You Need to Know About Major General Babar Iftikhar

He also played a major role in the success of the Pakistan Army’s fight against militants in Operation Zarb-e-Azb where he served as the commander of an infantry brigade in North Waziristan.

In addition to command and staff experience, he is a vastly experienced instructor having instructed at the Pakistan Military Academy (PMA), Kakul and NDU.

Twitter is bursting with best wishes and messages of love for the incoming DG ISPR. Let’s have a look at what people are saying:

Welcome to the Club Sir
A hardcore professional , Maj Gen Babar Iftikhar will be a new nightmare to the enemy in Grey Zone Conflict of Hybrid Warfare
We are confident enough he will maintain the legacy of Ex DG ISPR , Maj Gen Asif Ghafoor #LonglivePakistan pic.twitter.com/XE1Y7orotZ

Sir Gen. Asif Ghafoor, we will really miss you lot. You did your best and hope for better from New Maj Babar Iftikhar pic.twitter.com/2cgUfiRB8F

#AsifGhafoor has been replaced by Major General #BabarIftikhar as the new DG ISPR by Pak Army. Best wishes for both.♥️ pic.twitter.com/izDkVKcpfc

Got news of replacement of Asif Ghafoor by Maj. General Babar Iftikhar as DGISPR
If this news is true then " Asif Ghafoor's period as #DGISPR will be remembered as golden period in history of ISPR"❤️❤️

Others are expecting new DG ISPR to continue trolling the enemy, although that’s not his job.