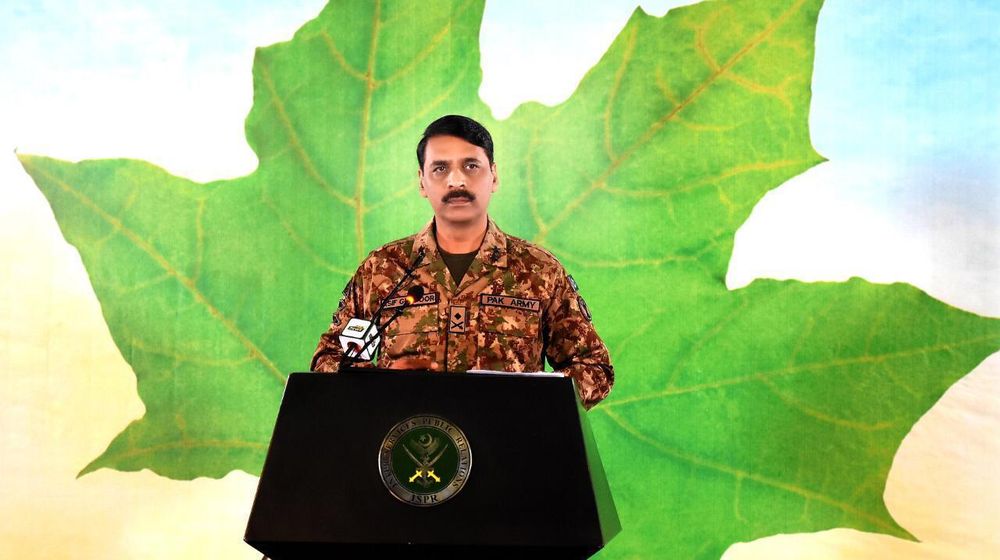 You might have seen images of DG ISPR, Asif Ghafoor’s lookalike by now. Well, there’s a twist in the tale.

DG ISPR has admitted that it wasn’t a lookalike whose picture was circulating on social media. He revealed this in response to a tweet where he was tagged, asking him whether it was him or someone else.

Dear @peaceforchange , just watching Pak Vs Eng 4th ODI 2005 highlights held at RWP on YT and look what I found, an absolute gem. Took the screen shot immediately. Carbon-copy stuff or is this really you! pic.twitter.com/TwCQeJw2QP

The head of Pakistan military’s media wing, Asif Ghafoor replied on the thread, saying ‘You have a sharp eye’.

The social media was full of screenshots of his lookalike in recent days, however, it has now been confirmed that it wasn’t a doppelganger. Asif Ghafoor further said that he was a Major back in 2005 when he went to watch the cricket match between Pakistan and England at Rawalpindi Cricket Stadium.

Many thanks dear. You have a sharp eye. Yes it was at Rawalpindi Cricket stadium during 2005. I was a Major then.

Heartiest welcome @peaceforchange sir. Thank you for acknowledging. Cricket is in our blood.

You can watch the footage here: