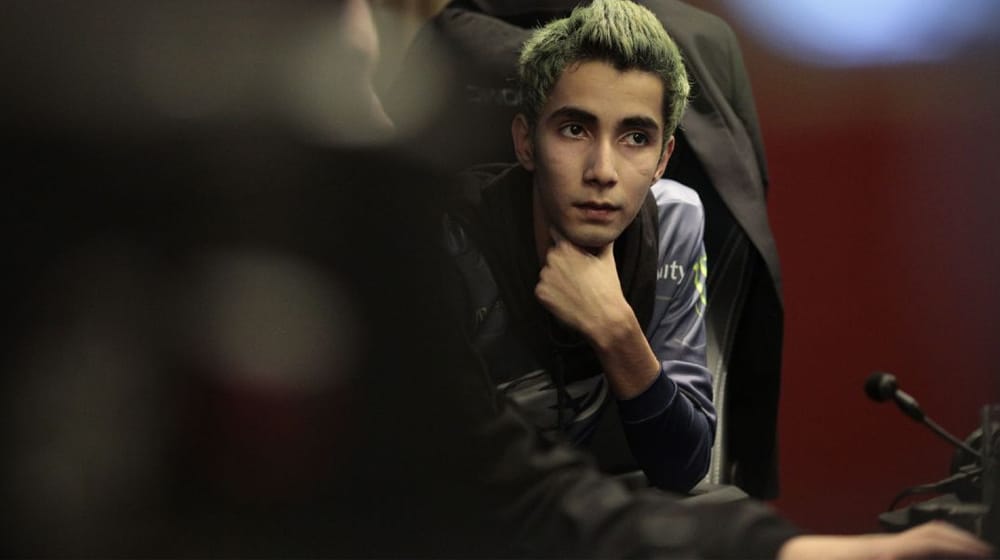 Pakistan’s esports industry is gathering momentum and many players are attaining sponsorship deals from big brands and are being recruited by international esports organizations.

However, the boy responsible for this paradigm shift—Sumail Hassan—did not have things easy for himself and had to climb his way to the top.

Hailing from Karachi, Sumail started playing Dota 2 at the age of just 8 after being influenced by his older brother Yawar Hassan.

He started off as a casual gamer and gradually developed a love for the game. According to Sumail’s mother:

Dota became Sumail’s passion and he then couldn’t let go.

However, fulfilling the passion was not easy for Sumail as he belonged to a lower-middle-class family and could not afford a personal computer.

Sumail, along with his brother and a couple of his cousins, used to go to gaming cafes to play Dota. His passion for the game reached a point where the youngster even sold his bicycle to afford more time in the gaming cafes.

Making a Name for Himself

Since Sumail started playing Dota 2 with his brother, who was at a significantly higher skill level, he improved drastically. Pretty soon it was evident that he possessed all the ingredients to become a top-class player very early on in his career.

In 2010, Sumail played in his first national tournament where he dismantled Pakistan’s best players and announced himself in the Dota community.

It is worth mentioning that Sumail traveled across the country and paid the entry fees, despite not having much himself, just to prove that he belongs with the best.

Two years later, Sumail moved to Rosemont, Illinois, the USA with his family. Moving away from his home country for the first time in his life brought in new challenges. He lived in a small apartment with eight family members and shared the room with three.

He started playing in the North American Elite League and within two years climbed the ranks establishing himself as one of North America’s upcoming mid-player in Dota 2. He played as a stand-in for teams online in attempts to get scouted.

When I first met Sumail, I knew he was special and he will become one of the best Dota players ever.

Soon after being approached, Sumail accepted the offer and joined Evil Genuises. The team, however, did not live up to the expectations in the debut season and many started to question whether Sumail is even ready.

Their poor performance led to a change in team dynamics and EG then decided to play around Sumail in Dota Asian Championship, the biggest prize pool event outside of The International.

Despite the pressure, Sumail carried his team with his iconic hero in the game ‘Storm Spirit’, which was later nicknamed as ‘Sumail Spirit’. The team ended up winning the 3-million dollar event.

At 15, Sumail had conquered the dream of being one of the best. However, that was not the end. Then came The International – the biggest Dota tournament.

Sumail not only helped his team win the tournament but also broke several records along the way. Evil Geniuses lifted the trophy in 2015 and Sumail’s name was engraved on it forever.

He became the youngest player ever to win this prestigious tournament and also the first player to win it in his debut season.

From playing in gaming cafes at the age of 8 to become the youngest millionaire in esports history at 15, Sumail’s story is not only fascinating but also inspirational. Sumail showed how chasing his passions was made possible through hard work and determination.

With esports attracting masses, we hope that Sumail’s story influences more youngsters from Pakistan to make it to the international stage and make their nation proud.