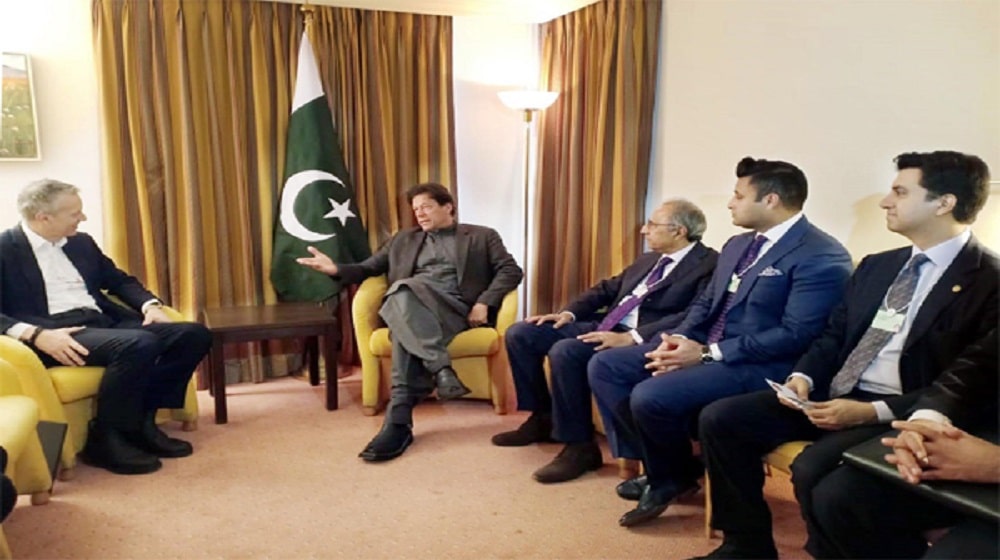 The Prime Minister appreciated the long association and presence of the company in Pakistan since 1953. He stated that the government had initiated an effective reforms agenda to facilitate ‘ease-of-doing-business.’

Mr. Quincey acknowledged the improvement of the business environment in Pakistan and expressed the interest to further increase the company’s investment in the country.

Discussions were held on cooperation with GSMA to realize the vision of Digital Pakistan.#ImranKhanInDavos pic.twitter.com/cgxdZY5Hkb

They discussed cooperation of GSMA in realizing the vision of a digital Pakistan – the government’s program to accelerate the growth of the information technology sector, a PM Office statement said.

GSMA represents the interests of mobile operators worldwide, uniting over 750 operators with 400 companies in the mobile ecosystem including handset and device makers, software companies, equipment providers and internet companies.