In a recent public interaction, Prime Minister Imran Khan revealed that he barely manages expenses in his current salary.

During a meet and greet with business leaders, Khan said that he had cut down on Prime Minister House’s expenses by 40 percent, which has also impacted his lifestyle.

I live in my own home, pay my own expenses. My [official] salary is not enough to cover the costs of my household.

While the statement was widely dragged out of proportion and was subjected to criticism from the opposition, Imran Khan’s comments might be justified as this is how much the premier earns.

Despite Controversy Pakistan Might be Removed From FATF Greylist

According to an official salary slip issued from the Prime Minister House, Prime Minister Khan’s salary is indeed less than what his cabinet’s ministers earn. Even the chief ministers of all four provinces receive more than the country’s Prime Minister.

The slip shows that Khan receives: 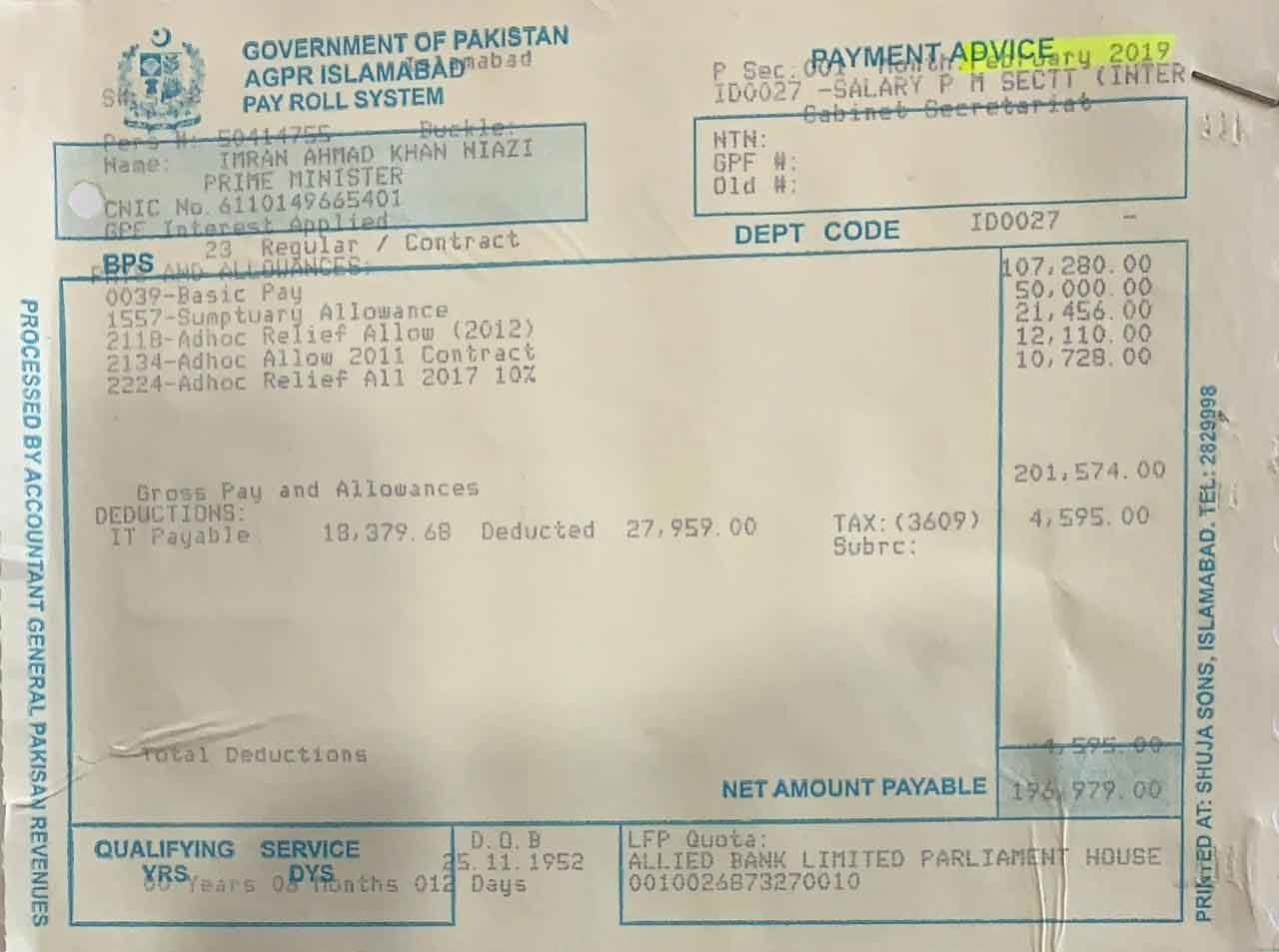 Federal Ministers, on the other hand, are paid more than him. As per an old tweet of the federal minister Fawad Chaudhry, cabinet ministers are paid Rs. 3,45,000 per month. After a deduction of Rs. 90,000 in house rent, they end up with Rs. 2,55,000 per month in salary.