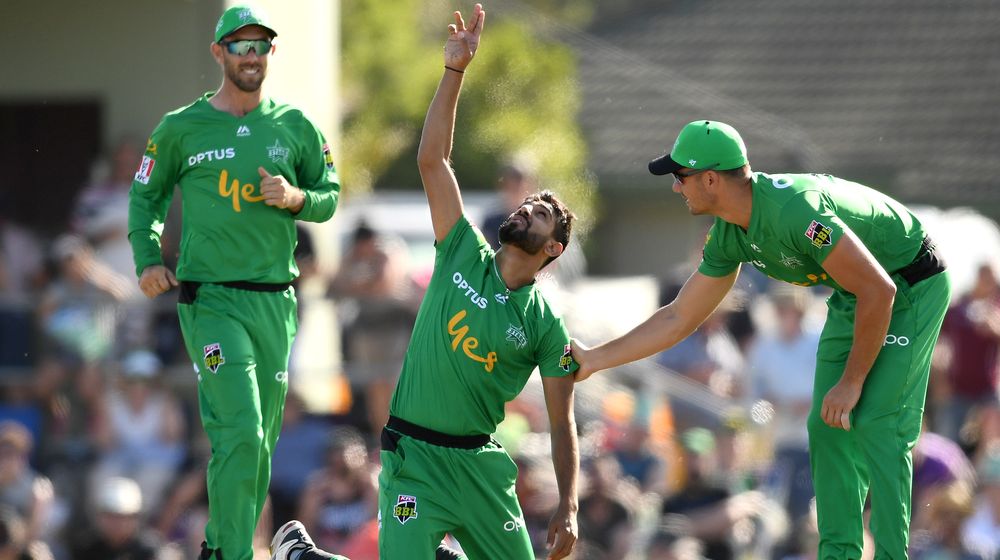 Haris Rauf, the young pacer from Pakistan, has rattled a lot of batsmen in Big Bash League (BBL) after getting a surprise call-up to replace injured Dale Steyn.

The pace sensation has now been named in the BBL Team of the Tournament for his impressive skills with the ball, taking 17 wickets in only 8 games. Those above him on the list have all played at least 14 matches.

The 26-year-old was among the leading wicket-takers for the tournament before receiving another important call-up, this time for Pakistan’s T20I series against Bangladesh. Having been given a chance to represent Melbourne Stars for only a couple of matches, Rauf capitalized on the opportunity to secure his place in the team.

Following the conclusion of the Pakistan-Bangladesh series, which the Green Shirts won by 2-0, the fast bowler has already rejoined his team. The Stars will be facing Sydney Thunder in a knockout fixture that will decide the second finalist alongside Sydney Sixers.

Here’s the team of the tournament which has been finalized by the 8 head coaches of BBL teams:

In 8 innings, Rauf has already claimed a hat-trick and a five-for and his teammates would be hoping for an explosive performance in the all-important clash on Thursday.