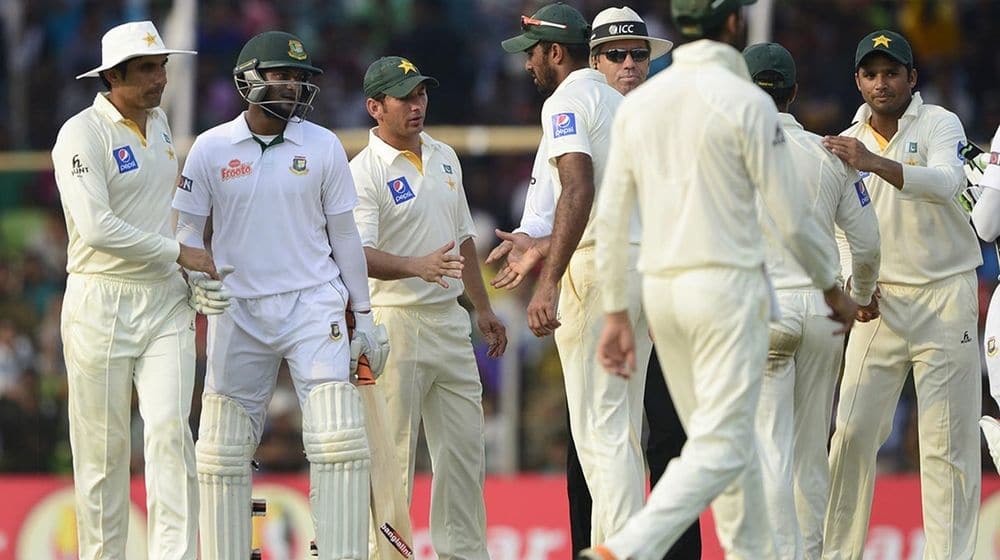 Another important Test series awaits Pakistan and Bangladesh as the two teams will take on each other at Rawalpindi on 7th February.

Pakistan have not won a Test match at Rawalpindi Stadium in 23 years whereas Bangladesh’s last Test in the country was a nail-biter in Multan in 2003 when the local boy, Inzamam-ul-Haq, made everyone in the opposition camp cry as he steered his team to a famous victory with just one wicket to spare.

Bangladesh is yet to defeat Pakistan in Test cricket, and their fans would be hoping for a different result this time around.

Pakistan is currently ranked at 7th with 85 points whereas Bangladesh is at 9th with 60 points.

If Pakistan wins the series 2-0, Azhar Ali’s men will get 2 points to stay at 7th whereas Bangladesh will lose 2 rating points. On the other hand, a 1-1- draw will lose Pakistan 2 points with Bangladesh gaining 3 points.

A 2-0 series defeat will mean that Pakistan will slip down to 8th below the West Indies with 78 points. The Bengal Tigers will earn 8 points in this case.

Pakistan has won 9 out of 10 matches played between the two nations. One game ended in a draw in 2015.

The Test series will boost the confidence of other teams such as South Africa who are planning to tour Pakistan in March for a T20I series.

Which team do you think will win? Let us know in the comments section.