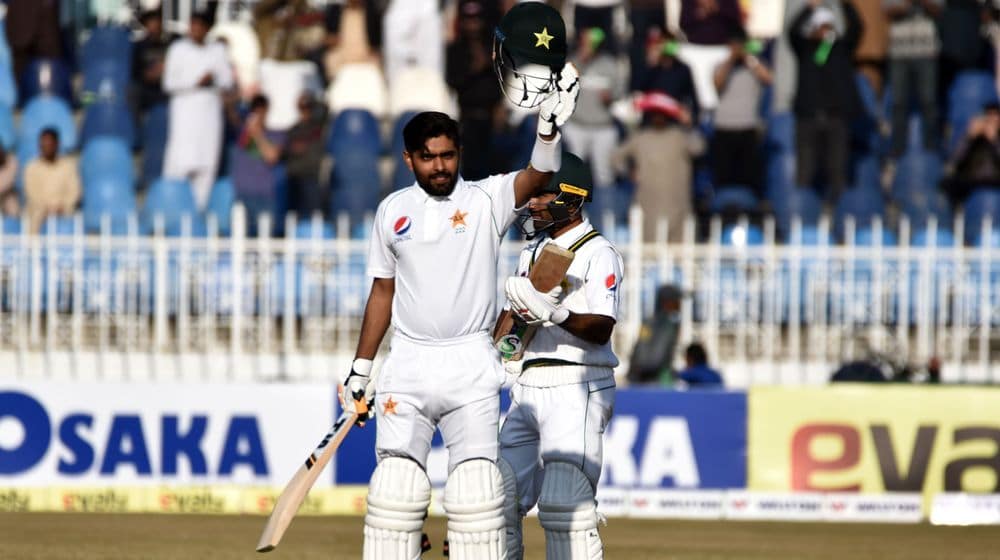 Babar Azam’s brilliant 143 against Bangladesh in the first innings of the first Test has taken him to a career-best rating of 800 points as he broke into the top 5 Test batsmen as per the latest rankings.

The star batsman jumped 2 positions after yet another hundred. The ICC Test rankings for batsmen are still dominated by the Indian captain, Virat Kohli, who has 928 points followed by Steven Smith with 911 points.

With the update, the 25-year-old has become the only batsman to be ranked in the top 5 of all the formats. He is currently the number one batsman in T20Is whereas he is ranked at 3rd in the ODI rankings.

Here are the top 5 in all formats:

Babar’s nearest competitor is Virat Kohli, who is the top-ranked batsman in ODI and Test cricket, however, he is ranked at 9th in T20I rankings with 673 rating points.

A 3-0 clean sweep at the hands of New Zealand, where Kohli scored below-par 51, 15 and 9, might cost him rating points in ODI rankings as well. Babar’s next challenge would be to replace him at the top of the remaining two formats as well.

Do you think Babar can replace Kohli in ODIs and Tests? Let us know in the comments.