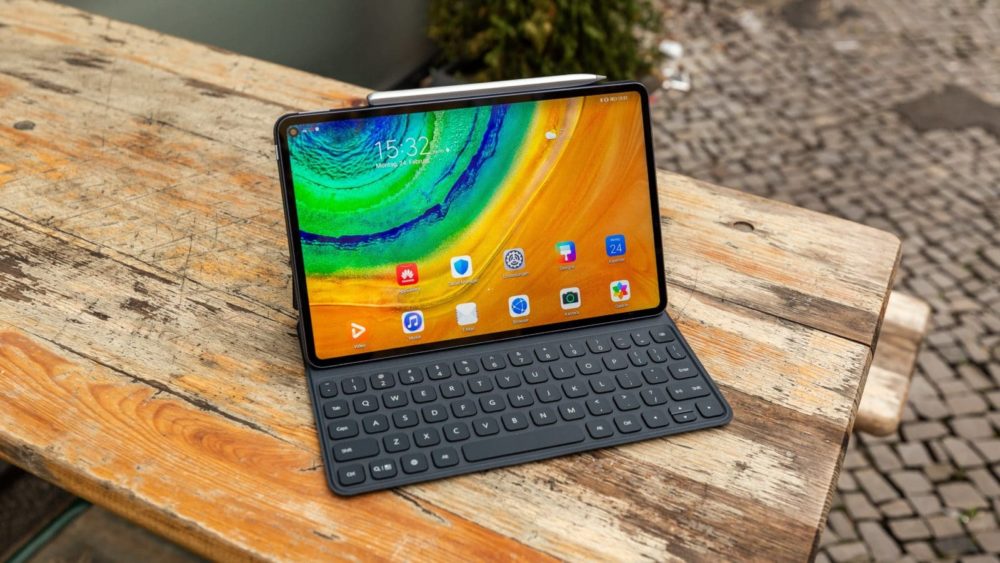 Huawei just released the 5G version of its 2019-launched 10.8-inch Huawei MatePad Pro dubbed the MatePad Pro 5G. Even though the new tablet is built on the previously launched version, it comes with a few unique features up its sleeve.

Design-wise, the tablet looks a lot like the latest generation Apple iPad Pro; however, the MatePad Pro 5G has slimmer bezels. It is built around a 10.8-inch display featuring 2560 x 1600 pixels resolution, 280ppi pixel density, and an aspect ratio of 16:10. Apart from this, the display comes with support for DCI-P3 color gamut.

The tablet is available in orange, green, and a special Vegan Leather Edition.

Internally the Huawei MatePad Pro 5G is powered by the Kirin 990 5G chipset that is built on a more advanced 7nm+ EUV process and comes with an integrated 5G modem. The chipset is topped by 6 GB or 8 GB RAM and 256 GB or 512 GB onboard storage.

On the software front, the tablet comes with a number of innovations. The integrated 5G modem that supports split-screen with two apps running side by side is a highlight. This feature is supported by 3,000+ apps currently, thanks to Huawei’s Open UIKit for developers.

Other than this, the MatePad Pro 5G also supports screen mirroring with compatible EMUI devices. This feature was previously seen in MateBook laptops.

It comes with two accessories, i.e., the keyboard and the stylus. Like iPad Pro, Huawei’s tablet can also charge its stylus when attached to the side.

The tablet also boasts quad speakers as well as four far-field mics and an additional noise-canceling mic next to the rear camera.

The Huawei MatePad Pro 5G does not feature anything special in terms of cameras. At the back, it comes with a 13 MP single sensor camera, and on the front, it is equipped with an 8 MP sensor for selfies.

The tablet features a 7250 mAh battery that supports a faster wireless charging as compared to the 4G variant, i.e., 27W up from 15W. Other than this, the device is backed by 40W wired charging and also supports reverse charging to act as a powerbank.

The tablet will be available for sale in Europe by April. The pricing details are as follows: