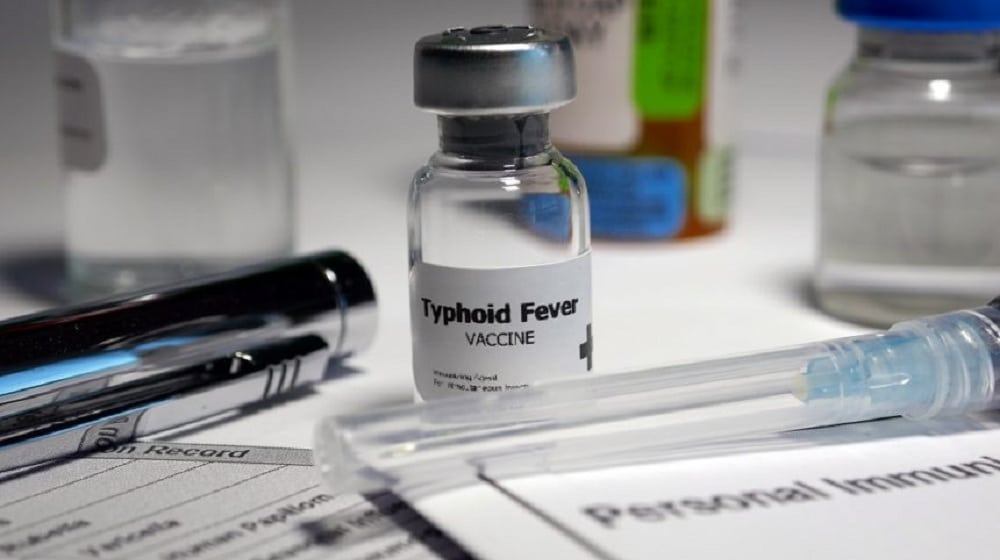 An emergency vaccination campaign in Sindh following the outbreak of typhoid in the province has found the typhoid conjugate vaccine to be effective in preventing new cases of the disease, said researchers at an event at Aga Khan University.

Since 2016, Karachi and Hyderabad have reported more than 10,000 cases of XDR typhoid.

Following the surge in cases of XDR typhoid, the health department of Sindh, in collaboration with AKU, launched an emergency immunization drive in Hyderabad in 2018.

Over the course of the immunization campaign, more than 207,000 children under 10 were administered the vaccine.

The researchers closely monitored the vaccinated children for the next year and a half. They found that just 1 out of 10 children contracted XDR typhoid.

Dr. Farah Qamar, a pediatrics and child health professor at AKU, said that another similar study carried out in Nepal corroborates the findings of the researchers at AKU. It also consolidates the case for country-wide manufacturing and distribution of the vaccine.

Researchers have learned numerous lessons from the Hyderabad campaign that will be applied in the upcoming province-wide campaign, claimed Dr. Farah.

Sindh health department plans to vaccinate children between the ages of 9 months and 15 years in the immunization campaign that will begin in March.

Director of Expanded Program of Immunization Punjab, Dr. Muhammad Saeed Akhtar, said that the department has noticed the results delivered by the vaccine used in Sindh.

It will soon recommend the Punjab Government to incorporate the vaccine in routine immunization campaign scheduled to be organized later this year, said Dr. Akhtar.