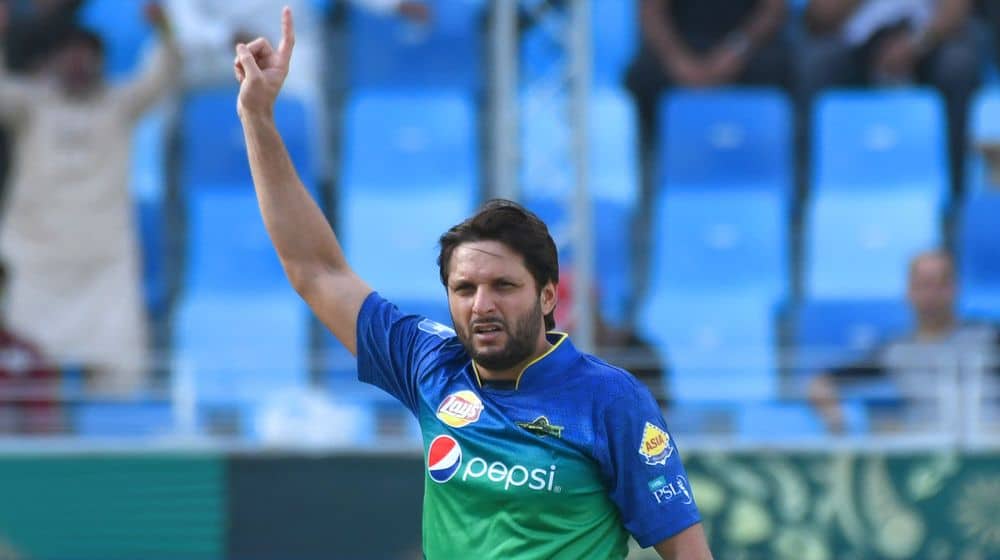 Former Pakistan captain, Shahid Afridi has revealed his favorite team if Multan Sultans fail to qualify for the playoffs.

If Multan Sultans does not reach the final then I will support the Quetta Gladiators team to win the tournament. I have always had a soft spot for Quetta. I would request the crowds to come to support the teams and make the PSL a big success.

Talking about his own performances, Afridi said that he is trying to give his best to meet the expectations people have from him.

Afridi believes that Multan Sultans has a very good combination, both in terms of batting and bowling. He admitted that their fielding is not up to the mark and it is something they need to improve if they are to do well in the coming matches.

People are not rating Multan Sultans as one of the best teams in the tournament. In T20 cricket your combination is the most important factor. The first two matches of the tournament are always very important. I think that our bowling and batting departments are very good. I have some doubts about our fielding though.

The star all-rounder expressed his delight to see PSL returning to Pakistan, saying that it will give a positive message to the world.