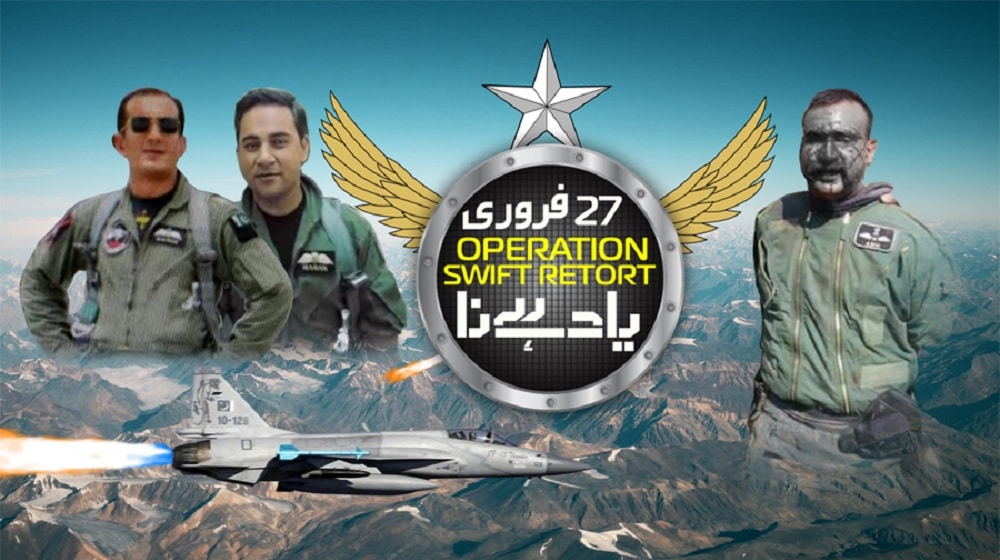 27th February marks the first anniversary of the retaliatory attack carried out by the Pakistan Air Force across the LOC after India’s botched Balakot airstrike.

To commemorate the heroics of the pilots involved in ‘Operation Swift Retort’ the Pakistani government is celebrating ‘Surprise Day’ today.

The main ceremony of Surprise Day was organized in PAF Headquarters at Islamabad earlier today.

On This Day Last Year

‘Time to wait for our surprise’ were the words said by the DG ISPR last year in a press briefing after Indian Air Force violated Pakistani airspace.

The operation resulting from airspace violation was a demonstration of the professional capacity of the Pakistani military that will be remembered forever.

Villagers within Pakistan’s side of LOC gave Abhinandan a severe beating before handing him over to Pakistan Army.

Pakistani authorities gave the Indian war prisoner a taste of Pakistani hospitality after rescuing him from enraged villagers.

Prime Minister Imran decided to repatriate the disgraced Indian pilot as a goodwill gesture and in an effort towards bringing down cross border tensions.