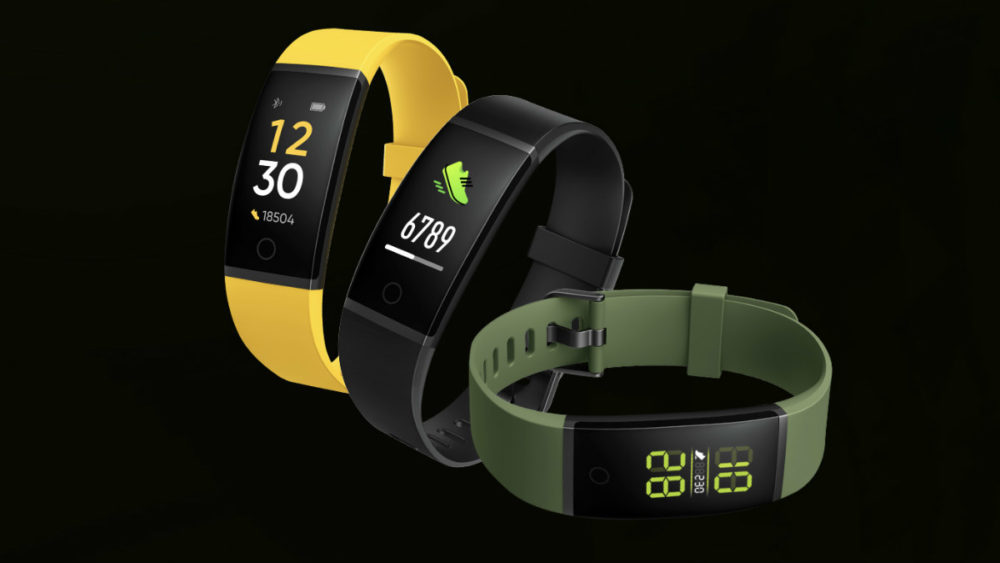 Alongside the Realme 6 series, the Company is all set to unveil its first wearable, the Realme band. Even though we are four days away from the launch, Realme has revealed a large chunk of the smartwatch’s specifications. The pricing details are still under wraps; however, other specifications reveal that the Realme band is set to do pretty well in the market. 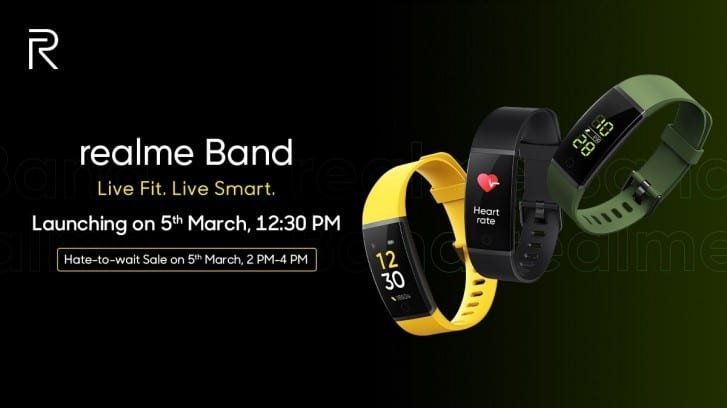 Design-wise, the smartwatch is reminiscent of the Honor Band 3. The only difference is the plain silicone straps (Honor Band has grilled silicone straps). It does not immediately stick out in the crowd of wearable, yet the design is reasonable. The watch will be sold in three colors: Olive, Yellow and Black.

In the middle, there is a curved color screen that will display notifications for calls, messages, and alarms. 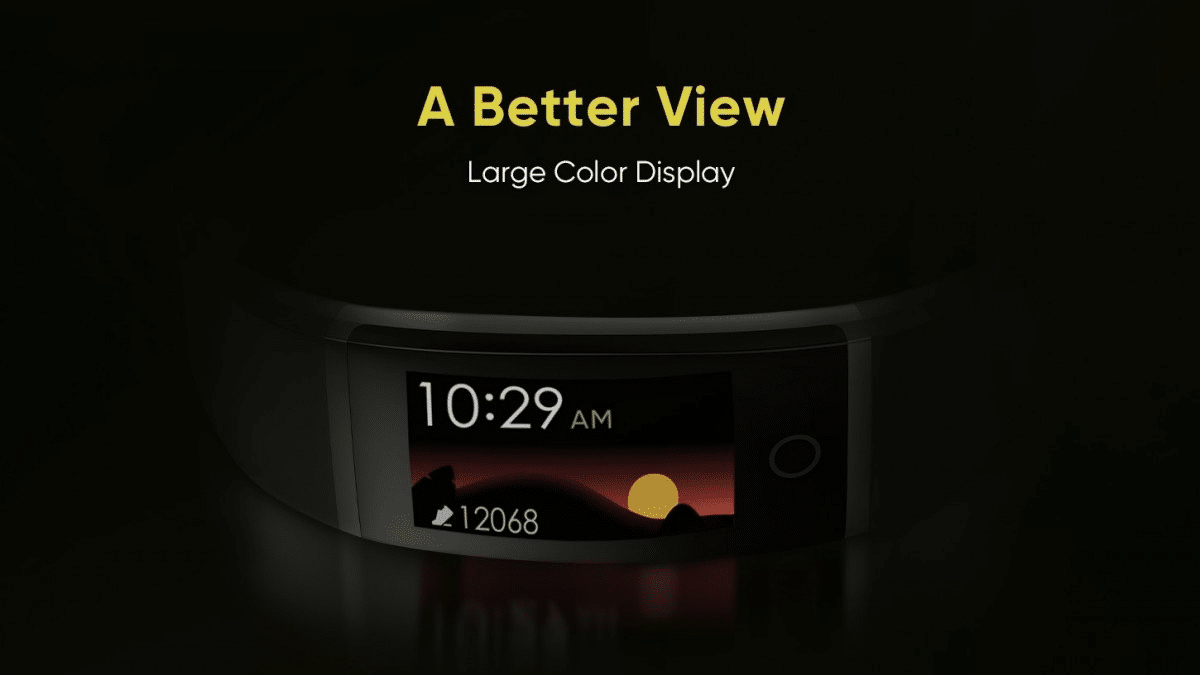 It comes with a single utility button at the bottom of the display for scrolling through the menu and switching between the modes.

The Realme Band comes with a number of activity trackers such as walking, cycling, running, hiking, climbing, yoga, fitness, and even cricket. It also sports a heart rate and calorie tracker.

Like every other band, it is IP68 certified for dust and water resistance. It can connect to a Smartphone via Bluetooth and can show notifications for calls, messages, and other applications that the user selects via the band application.

Other features like battery capacity have not been revealed yet. The device will officially launch on 6th March. So stay tuned for more updates.