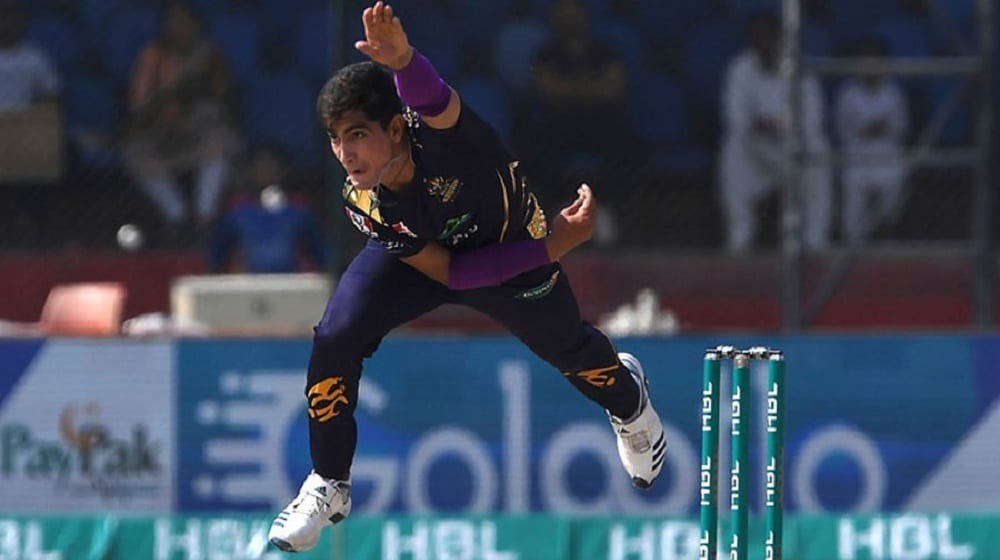 Pakistan and Quetta Gladiators teenage sensation, Naseem Shah, has been grappling with injuries for some time now.

After spraining his left ankle, the 17-year-old pacer was forced to leave the field after bowling just 2 overs against Peshawar Zalmi on Thursday.

Quetta Gladiators’ Media Manager, Nabeel Hashmi, said in the post-match conference that the youngster is responding well to the treatment.

Naseem Shah has an injury to his left ankle and if needed we will send him for a scan. However, so far he’s responding well to treatment and is feeling well.

Earlier, the teenager had sustained a rib injury during the first Test against Bangladesh at Rawalpindi, days before the opening ceremony of the PSL 2020.

While Quetta Gladiators’ medical team had cleared Shah for their opener against Islamabad United and second match against Peshawar Zalmi, the PCB advised Gladiators not to risk the bowler and rest him for both matches.

With the latest injury blow to their star pacer, Quetta Gladiators’ chances of making it to the playoffs of the PSL 5 appears bleak.

Scans of Naseem Shah’s ankle have revealed that the bowler has sustained a mild sprain during last night’s match against Zalmi.

According to the Gladiators’ medical team, the bowler has been advised a week’s rest to knock off the sprain.

Gladiators’ management is expecting Shah to be available for selection should the team qualifies for the playoffs.