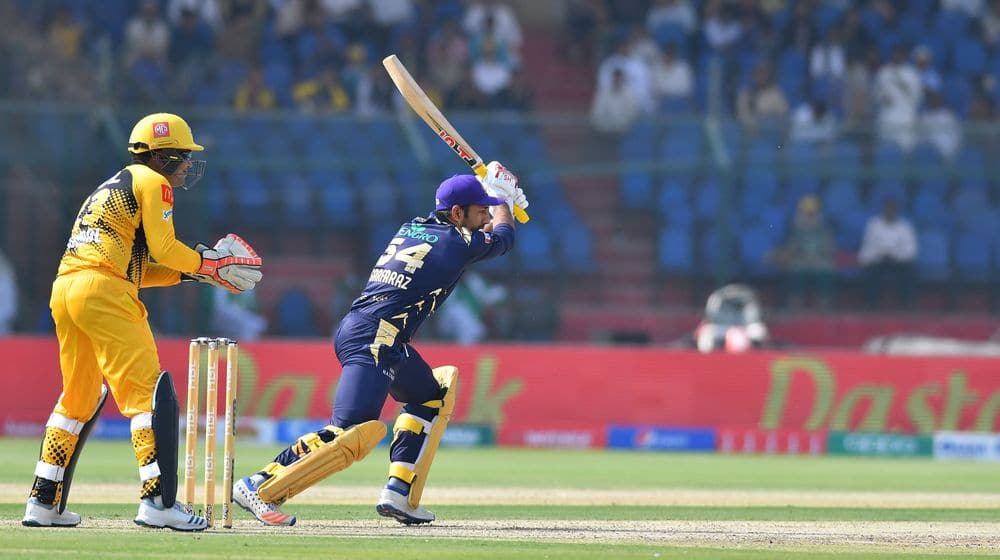 Sarfaraz Ahmed’s hard work is paying off, which is quite evident from his fitness and batting in the ongoing Pakistan Super League (PSL) 2020.

A number of wicket-keepers will be fighting for a spot in the T20 World Cup which is scheduled later this year in Australia and the former captain is also a strong contender. Pakistan head coach, Misbah-ul-Haq, has also admitted that the 32-year-old wicket-keeper batsman has improved his batting skills alongside fitness.

Which of These PSL Wicket-Keepers Will Make it to the World T20 Squad? [Analysis]

He also acknowledged Sarfaraz’s good batting form, saying that he is currently under consideration for a place in the national side. The final team will be decided only after a couple of matches that are scheduled ahead of the mega event.

Sarfaraz has been playing very well in the PSL 2020 and he is also fit. While he is in consideration for the World Cup, there will be matches after the PSL to decide which player will get the call.

Other wicket-keepers who can press for a call-up include Zeeshan Ashraf, Azam Khan, Rohail Nazir, and Kamran Akmal. It remains to be seen whether the regular wicket-keeper, Mohammad Rizwan, stays with the team or not. If he does, he will certainly be a second-choice wicket-keeper batsman in the team, especially after his dismal batting displays this season as even his own franchise has removed him from the playing XI.

Do you think Sarfaraz should be given another go? Let us know in the comments.