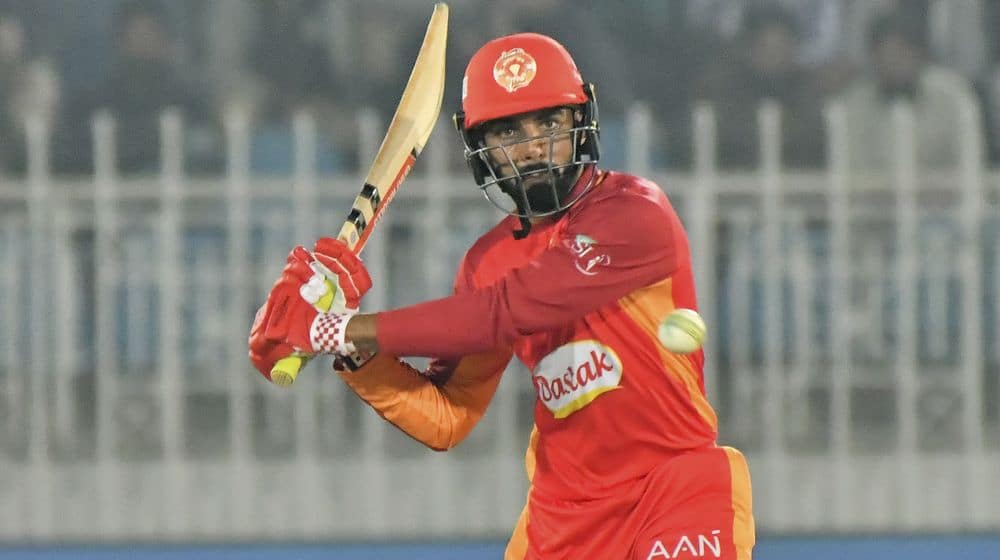 Former Pakistan captain, Ramiz Raja has a piece of advice for the Pakistan cricket team and he wants the team management to use the in-form Shadab Khan to open the batting for the national side.

The cricketer-turned-commentator said this due to Islamabad United captain’s brilliant batting display in the ongoing season of Pakistan Super League (PSL). The all-rounder has three half-centuries to his name and he is among the top 5 run-getters in the tournament thus far.

I think Shadab has made a strong case for himself to bat up the order. I don’t see any areas that he might be lacking in as compared to other top-order batsmen in Pakistan. Shadab could actually even open for Pakistan.

He is the second-highest run-scorer with 251 runs in 7 innings at an average of 41.83. For reference, no other Pakistani – not even Babar Azam – is in the top 5.

This All-Rounder Will Become Pakistan’s Next Captain: Saeed Ajmal

Not just this, he has the highest score of 77 and he also holds the record for the second-highest number of sixes in this edition of PSL.

His transformation as a brilliant top-order batsman in the shortest format has surprised many and he has attributed it to his hard work in the Bangladesh Premier League (BPL) earlier this year.

The 57-year-old was all praise for the all-rounder on his brilliant performances not just as an all-rounder, but as a captain and fielder as well.

Shadab is performing incredibly well in the batting department, his captaincy and in the field. It is great for Pakistan cricket that a cricketing brain has gotten such a big platform. His batting is shining through after promoting himself up the order. His power hitting is now on full display.

Raja believes that Shadab can be the answer to Pakistan’s woes in the all-rounders’ department.

He can be that integral all-rounder link that Pakistan desperately needs. His future is extremely bright. He plays with his heart and is very fit. He is a safe batsman who can play shots along the ground when needed.

Do you think Shadab should get more chances to bat higher up the order for Pakistan? Let us know in the comments.