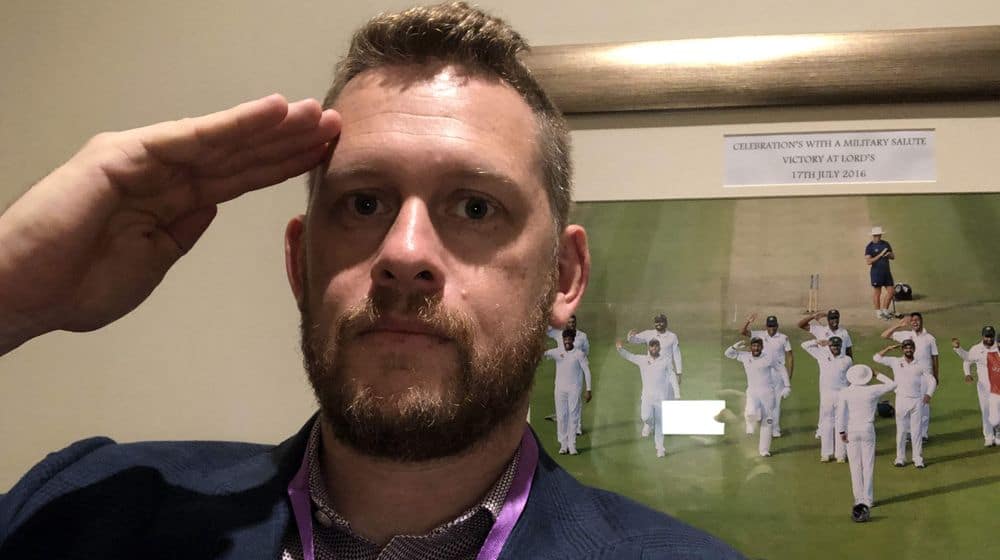 If you follow Pakistan cricket, you might have heard about Dennis Freedman, an Australian sports journalist who is quite vocal about how he loves Pakistan.

Even if you haven’t, he is probably among the most hated men in India for his sense of humor. He doesn’t let go of any opportunity to grill their cricketers, their system and even politicians. That doesn’t mean he turns a blind eye towards the shortcomings in Pakistan.

He has done exactly that and on his return to Melbourne, Dennis has shared a video explaining a story of corruption at Lahore airport and how he should have dealt with it in a better way. He was in Pakistan for the PSL 2020.

Talking about the incident, Dennis said that he witnessed the ‘Gora card’ when he was standing at the immigration counter to get his passport stamped. An airport official came to him and took him to the front of a different line and got his work done in a matter of seconds. He also carried his luggage and took him to the lounge.

He later demanded some money and Dennis paid. The staff asked him to give him whatever currency or however much he had.

In the video, he can be heard saying that he regrets paying him the money and that he should have reported it to the corruption line.

Having said that, he maintained that the video is for educational purposes and he doesn’t want the guy sacked which is why he didn’t name him.

Do you think the staff was right to demand money or it doesn’t count as corruption? Let us know your thoughts in the comments.