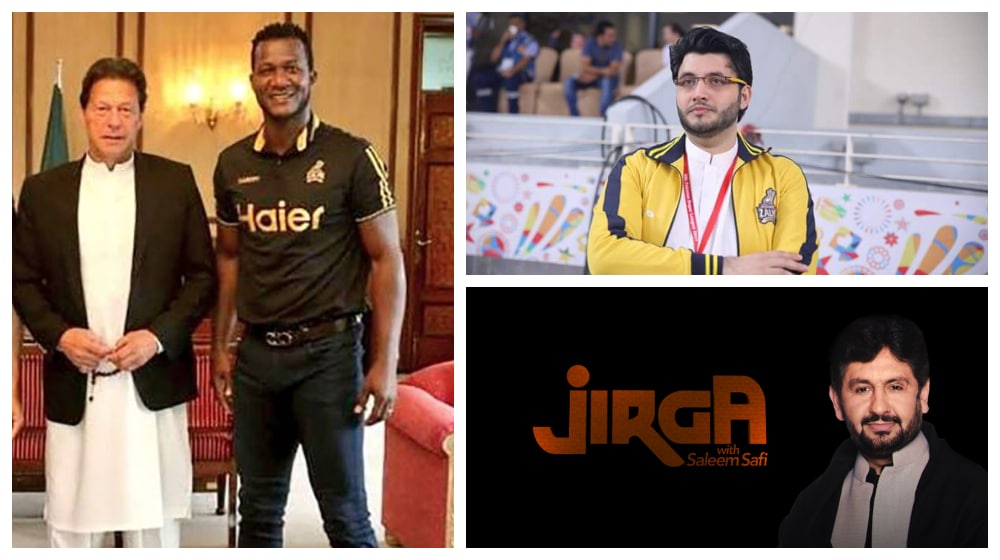 Pakistani journalists and anchor-persons have a knack of sticking to all the negatives despite there being plenty of positives. Saleem Safi was an epitome of the above when he invited Peshawar Zalmi head coach, Darren Sammy, and owner, Javed Afridi on his show ‘Jirga’ a few days ago.

Sometimes you have to rise above your political likings and dislikings when the entire country is watching and plenty is at stake. Darren Sammy is among the very first international stars to have raised his hand to promote the return of top-flight cricket in Pakistan. He has a big hand in the resumption of high-profile cricket in the country, due to which he has been chosen as the recipient of the highest civil award in addition to honorary citizenship of Pakistan.

In the show, however, it all came down to Saleem Safi’s political inclination. We all know he has been a big critic of Imran Khan. He has every right to take sides, but, not as an anchor or the host of a popular show, especially when you have esteemed foreign guests answering your questions.

The renowned anchor had the audacity to remind Sammy of the term ‘Phateechar’ which was allegedly used by Imran Khan for players who came to play a couple of matches in the 2017 edition of the PSL. Darren Sammy was the captain of Peshawar Zalmi back then and won the PSL title for his franchise.

Coming back to the point, here’s what Safi asked:

When you took the risk to come to Pakistan to play PSL, Imran Khan issued a statement regarding foreign players. Do you remember it?

Sammy answered, “No, I don’t remember”, to which Safi suggested that Sammy is lying and tried to force an answer:

“No, you remember. I know. What was your feeling at that time? Did it hurt you?”.

The West Indian all-rounder replied that he didn’t know what it meant, but went on to say that their efforts to restore the overseas players’ confidence cannot be undermined no matter what anyone says. He added that what he did for Pakistan and his fans was of his own choice and not because he wanted any appreciation or any incentive.

Taking it from there, Javed Afridi said that Imran Khan had personally called him to congratulate Darren Sammy on the PSL triumph.

He also clarified the statement that was circulating in the media at the time, saying that it wasn’t intended for Sammy or Peshawar Zalmi’s foreign contingent, but for those who didn’t want to come to Pakistan over security fears. Javed Afridi also reminded Sammy that he had conveyed Imran Khan’s message to him at that time as well.

Saleem Safi brought up the question because Sammy, alongside Hashim Amla and Javed Afridi, met with Imran Khan just a few days ago.