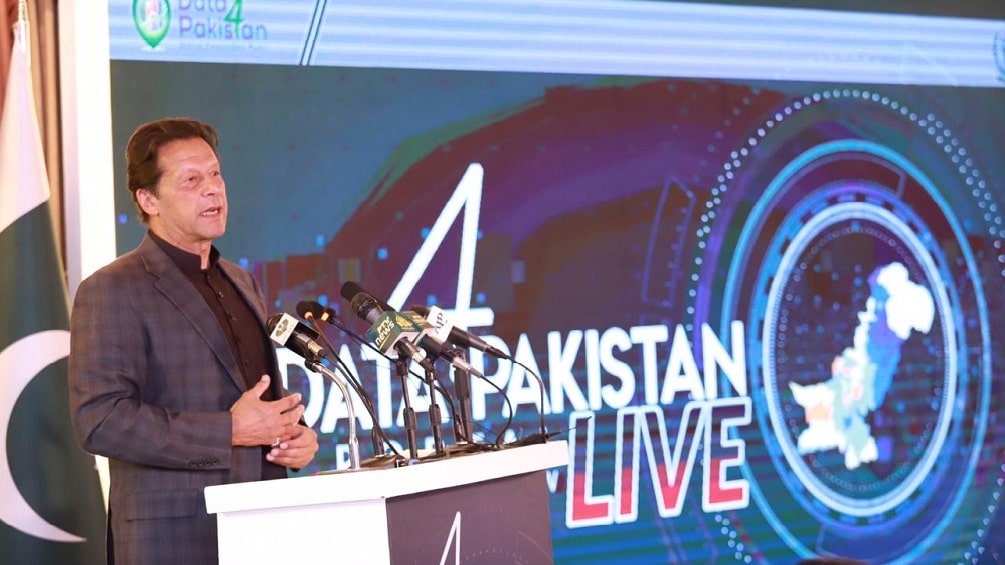 The launch ceremony, which was organized at Prime Minister’s Office in Islamabad, was attended by cabinet members, federal secretaries, and members of civil society.

Data4Pakistan portal is a joint initiative of the Federal Government and the World Bank.

Pakistan Bureau of Statistics (PBS) has collected the data from 2004-2018 for different development indicators for the portal.

Addressing the launch ceremony, PM Khan said that the incumbent government is dedicated to bringing down the poverty levels as Pakistan can never prosperous without uplifting the poor and downtrodden segment of the country.

Data4Pakistan will allow the government to spend development funds according to the need of people and in a transparent manner, stated PM Khan.

Data4Pakistan portal would help the government spend development funds justly and as per people’s needs.

PM Khan said that myopic strategies and inconsistency in the allocation of development funds during previous governments’ tenures widened the gap between the rich and the poor.

Unfortunately, previous governments had spent all the development funds in only a handful of constituencies that widened the gap between the rich and poor. For instance, more than half of Punjab’s budget was spent only on Lahore, making it much more developed than other cities in the province.

Data4Pakistan portal will prove to be a valuable resource for federal, provincial, and district-level policymakers in the long run.

Data 4 Pakistan incorporates interactive maps that allow anyone to visualize and compare any two districts of Pakistan on the following indicators.