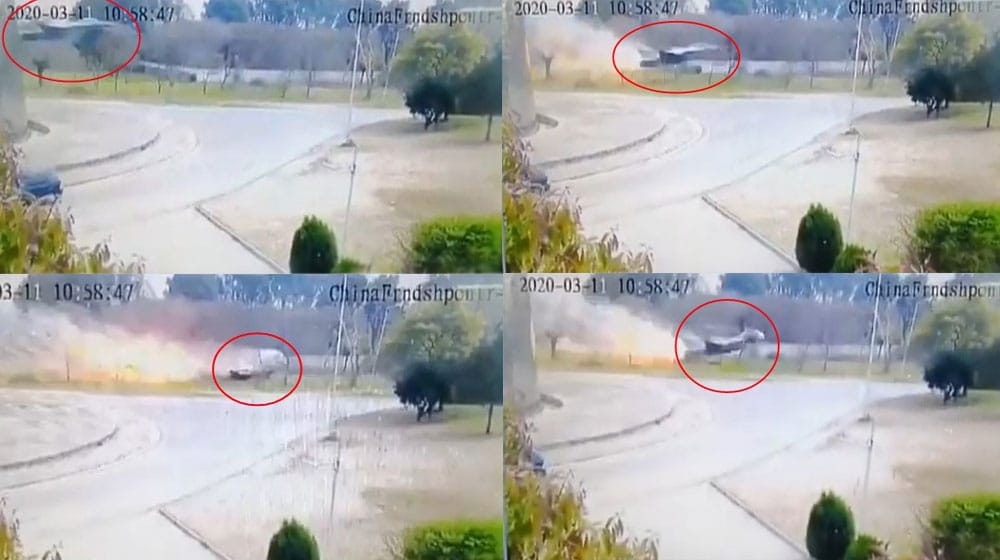 On Wednesday, Pakistan Air Force (PAF) lost its valiant pilot, Wing Commander Nauman Akram, when his F-16 crashed near Shakarparian, Islamabad. The aircraft was engaged in a rehearsal display for Pakistan Day Parade when it lost control and crashed.

The video footage captured by the onlookers identified how the martyred pilot, instead of ejecting, tried to steer the aircraft away from the populated area to minimize the damage, and as a result, lost his life.

The footage shows a giant fireball engulfing the high-speed aircraft when it touched the ground in high-alpha position before impacting the nearby trees. It was only the pilot’s mindfulness to steer the aircraft away from the residential area, which saved at least tens of lives.

The last moment footage showed there was no attempted ejection which means the pilot tried his best to control the plane and land it safely in the trees.

As PAF has launched an inquiry into the accident, this CCTV footage might help investigators understand what exactly caused the crash.