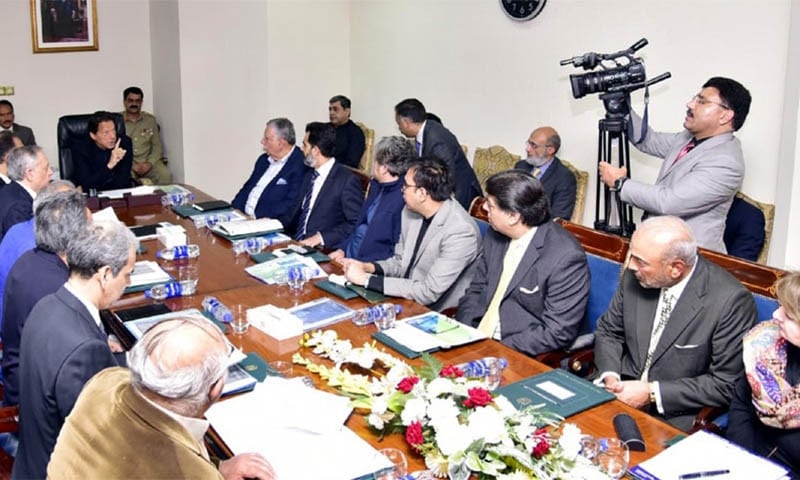 Prime Minister Imran Khan said that in view of the country’s economic improvement, the government’s foremost priority is the promotion of exports.

He was presiding over a high-level briefing meeting on the Strategic Trade Policy Framework (STPF) 2020-25 and the Textile Policy 2020-25.

He directed to resolve problems regarding the establishment of industries in the economic zones on a priority basis and in line with the government’s policy.

Advisor on Commerce Abdul Razak Dawood briefed the Prime Minister about the basic features of STPF 2020-25, guidelines, exports’ estimates, strategy for achieving targets and priorities regarding 26 different sectors along with comprehensive planning for their promotion.

Regarding STPF, the meeting was told that the comprehensive framework is aimed at bringing about change in the basic thinking about exports so that joint efforts for achieving export targets at the national level can be ensured.

The meeting was told that the basic purpose of this framework is to enhance the capacity of local industries to ensure the manufacturing of goods at the domestic level in line with the requirements of the international market.

Under this framework, basic principles are also being finalized to ensure the sustainability of policy for the next three to five years regarding exports, challenges relating to the manufacturing of goods, in particular the timely and easy payment of refunds to the business community and implementation of the policies.

Under the proposed framework, a high-level committee under the chairmanship of the prime minister will be constituted to track the overall progress.

The Prime Minister was told that besides textile and leather products, surgical equipment, sports, carpet goods, rice, cutlery, and 26 other non-conventional and development sectors like engineering goods, pharmaceutical, auto-parts, processed foods and beverages, foot-ware, gems and jewelry, chemicals, meat and poultry, fruit, vegetables, seafood, marble, and granite, etc. have been included in the framework and would be prioritized for exports.

The Prime Minister was also given a detailed briefing on the basic features and priorities of the proposed Textile Policy 2020-25.

He was told that the present government had provided Rs. 71 billion to support the textile sector during the last one and half year compared to Rs. 68 billion provided during the last ten years period (2009-18).

The meeting decided to make the system of business refunds further easy and that the problems faced by the trader community would be addressed on a priority basis. It was decided in the meeting that the funds announced by the government to support various sectors will be a part of the budget so that payments in that regard can be made on time and without any hurdles.

The meeting, under the Strategic Trade Policy Framework, approved priorities and strategy regarding 26 sectors.