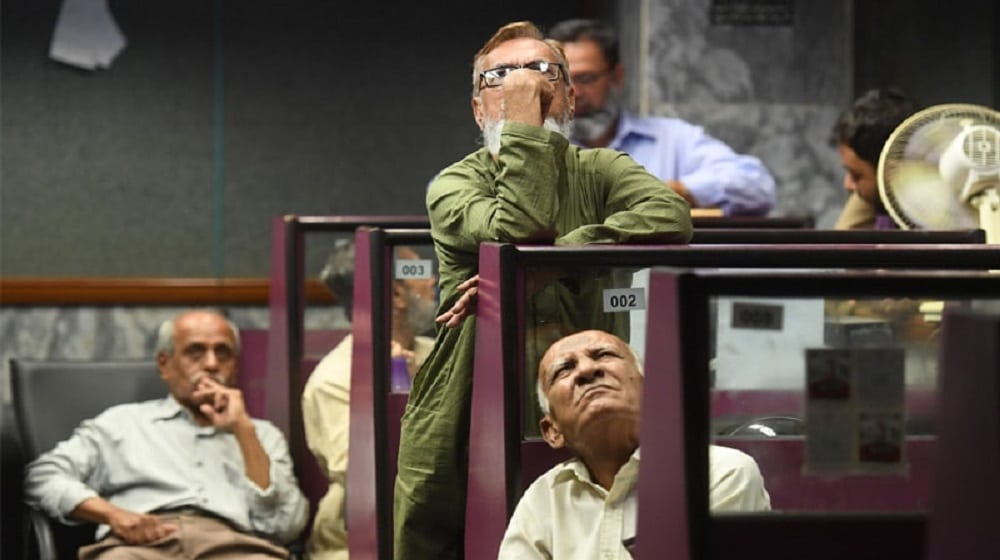 Pakistan Stock Market cratered on Wednesday, as investors panicked over the fear of a countrywide lockdown due to Coronavirus. 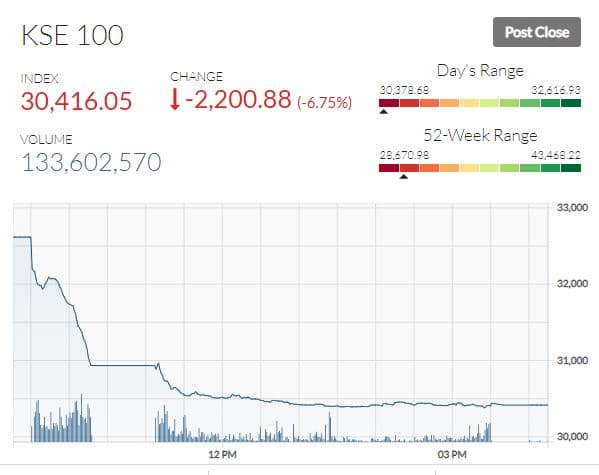 Adnan Sami Sheikh, a senior market analyst noted that State Bank of Pakistan’s move disappointed the market which was expecting a sharper cut, looking at the outstanding offers at today’s close suggests people are desperate and are panicking to exit the market.

During the start, for the fifth time in eight working days, trading was halted at the Pakistan Stock Exchange after the KSE-30 index fell by 5%. The market halt was triggered at 10:17 a.m. All equity and equity-based derivatives markets were suspended for 45 minutes. The market touched an intra-day low of 30,378 points as it went down by 2,238 points during the intraday.

There were some rumors circulating among the investors that a closedown of the stock market was under consideration following the free fall of the market since last week. The rumors were about temporarily closing the stock market to prevent it from sliding further.

Farrukh H Khan, Chief Executive Officer PSX denied these rumors. While talking with a local media outlet, the CEO emphasized that the market is not facing a crisis and there is no truth in closing the Pakistan stock market as trading is continuing normally.

A.A.H Soomro, managing director at Khadim Ali Shah Bukhari Securities, said the monetary cut was less than punters, media personnel, industrialist and fund managers’ expectations. He further added that the SBP has not reduced the Minimum Deposit Rates for the banks to the extent of 75 bps (only 25bps). This would lead to compression in banks’ margins. Thus, the market is expressing disappointment, he added.

According to data collected by Capital Stake, PSX shed 18% of its value in the last 8 sessions, and investors have witnessed the market halt five times. The two largest sectors by market capitalization, Oil and Gas Exploration, and Banking sector took a cumulative hit of over 20%.