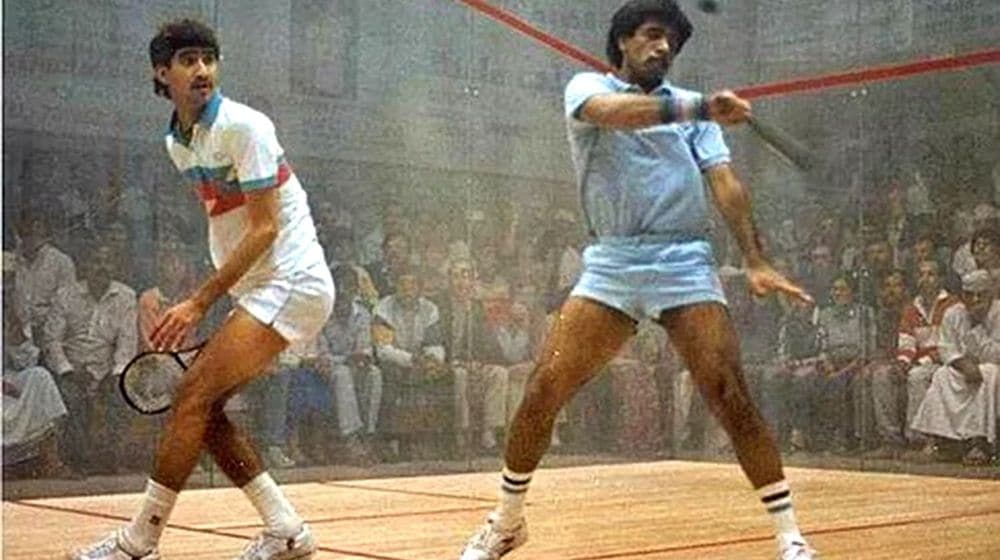 Some 56 years ago, a baby was born into a Pushtun family in Karachi who went on to become the greatest player ever in the history of squash. You guessed it right, I’m talking about Jahangir Khan, who is a six-time world champion and 10-time British Open winner.

Sir Jahangir Khan’s journey wasn’t an easy one. In his childhood days, the doctors had told his parents that this kid will not be able to play any sport. In a TV show, the legendary squash player revealed that he had issues in listening and speaking as well.

He could neither hear nor speak until he was 8, however, his mother had faith that her desi totkay will yield results. Reflecting on his childhood, Jahangir said that he still remembers the days when people used to talk to him through gestures.

Not just this, he was never destined to be a professional athlete because he had hernia right from his birth. His doctor had specifically advised his father, who was also a squash world champion, to keep him away from the game as he won’t be able to exert physically.

The same doctor used to watch my squash matches later.

“If you want to do something with passion and dedication, God willing, nothing can stop him from achieving that”, he said.

He wasn’t allowed to join a club and played in between one-minute breaks when members used to come to play squash. Jahangir played squash while keeping it a secret from his father, however, he denied having any sort of physical pain when his father asked about it.

Jahangir underwent two operations at the age of 5 and 12, following which he never looked back and kept playing squash.

His brother died of a heart attack while playing the Australian Open squash tournament, following which he decided not to play the game ever again. After staying out of the court for 3-4 months, Jahangir’s father motivated him to fulfill his deceased brother’s dream of seeing him a world champion one day.

Exactly two years after his brother’s death, on 28 November 1981, Jahangir Khan won the world championship for the first time.

Talking about his record-breaking winning streak of 555 matches, he said that had other unofficial and exhibition matches been counted, the tally would have been between 700 to 800.

What are your thoughts on Jahangir Khan’s journey? Let us know in the comments.