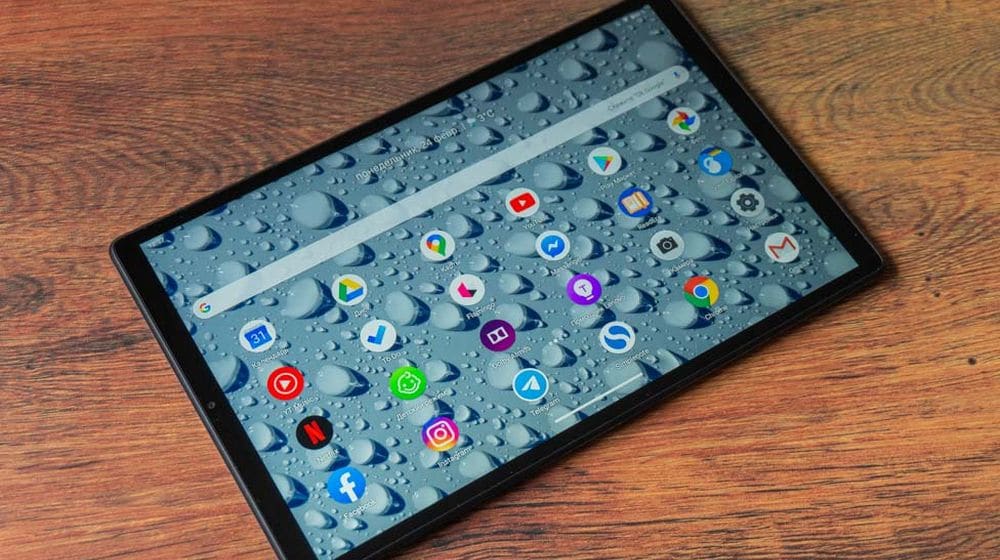 Lenovo has quietly launched an entry-level tablet dubbed the Lenovo M10 Plus in China today. The tablet is a slightly feature-rich variant of the previously launched Lenovo M10.

Design-wise, the tablet does not have typical entry-level slate aesthetics. It is built around a 10.3-inch LCD panel featuring 1920 x 1200 pixels resolution. The display comes with small bezels, sporting a good 87% screen-to-body-ratio. Apart from this, the LCD panel also supports 10-point touch and comes with TUV Rheinland certification.

Under the hood, the tablet comes with MediaTek Helio P22T 64-bit, the 12nm processor at the helm. The SoC is paired with 4 GB RAM and 64GB or 128GB onboard storage. Apart from this, it comes with speakers on both sides boasting support for Dolby Atmos.

On the software front, the M10 Plus runs on the dated Android 9.0 Pie, which is pretty disappointing even for an entry-level tablet.

Like all the other tablets, the Lenovo M10 Plus doesn’t have anything exciting in-store when it comes to camera specifications. It sports a 13 MP single sensor shooter on the back and an 8 MP lens for selfies on the front.

The Lenovo M10 Plus packs a 7000 mAh battery, which is decent for a tablet this size.

The tablet will cost around $254. As far as the availability details are concerned, they are still under wraps.