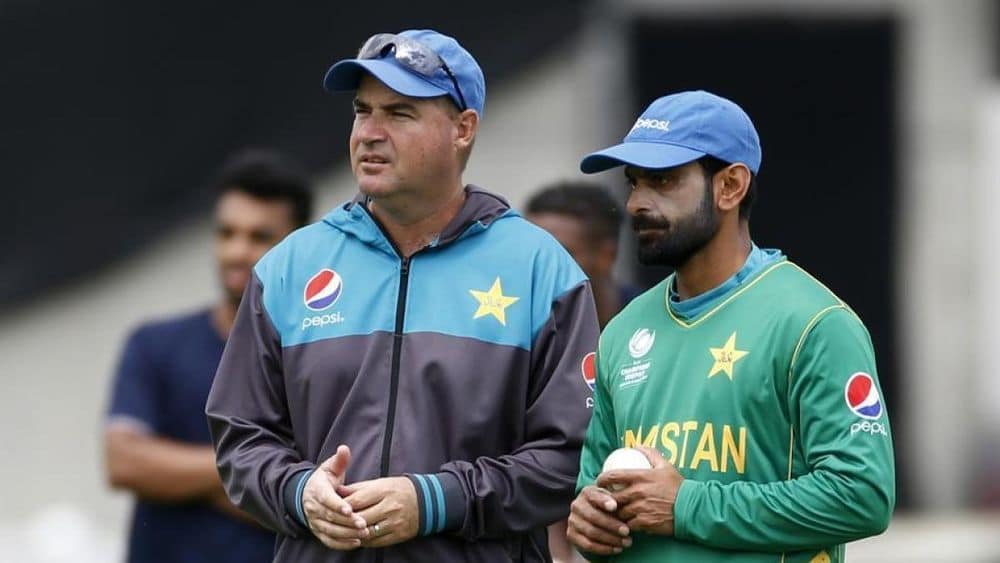 Mohammad Hafeez is becoming the next Umar Akmal considering he continues to find ways of staying in the news. Following a number of controversies in just a span of a few days. The all-rounder has now come up with a bold claim against the former head coach of Pakistan cricket team.

The 39-year-old has also termed Mickey Arthur was the most powerful coach Pakistan cricket has ever seen, adding that “everything went according to what he wanted”.

Mickey Arthur was the most powerful coach in Pakistan’s cricket history.

The former captain has claimed that there used to be double standards and favoritism under Mickey Arthur who coached Pakistan for three years before being replaced by Misbah-ul-Haq.

I will admit that there were double standards and favoritism while he was coaching the side.

A few years ago, Umar Akmal accused Arthur of verbally abusing him. He later came forward, saying he regretted media outburst against his coach.

What are your thoughts on Hafeez’s claims? Let us know in the comments.