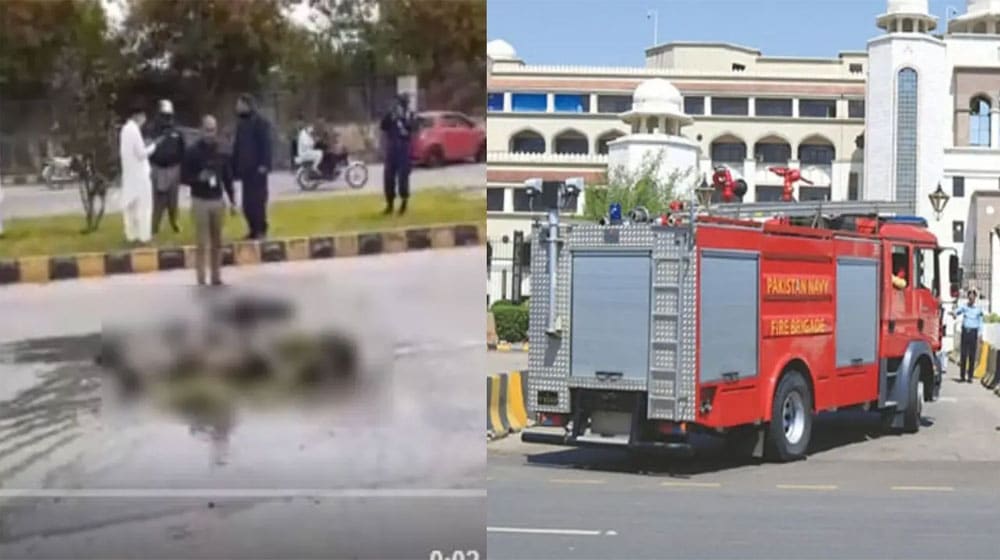 In an unfortunate turn of events, an aged man has died after setting himself ablaze outside the Prime Minister House in Red Zone, Islamabad.

The senior citizen, whose name is not being disclosed, poured petrol and set himself on fire. Due to the lockdown in the city, no one was in the area to save him.

According to media reports, a letter was recovered from his pocket (though some counter the claim) addressing Prime Minister Imran Khan. In this letter, the deceased noted that one of his close family members was admitted to a government hospital, but did not receive proper medical care.

PM Imran Khan Will Not Let You Down: Javed Miandad

The letter attributed to the deceased is making rounds on social media with people quoting a line:

My mistake was that I voted for PTI, and that’s all.

He further mentioned that he had previously written a letter to Prime Minister House against Javed Abbasi, a PML-N politician, but no action was taken. Instead, the application was marked to CPO Rawalpindi. When he contacted the Pirwadhai police station for proceedings on his complaint, a fake FIR of 20 liters of liquor was lodged against him; the media reported quoting the alleged letter stated.

While it is not advised to watch the video, you can do so at your own discretion by visiting this page.

Disgruntled from the public offices’ response, the man reportedly took his own life in front of PM House on Friday.

More details on who he was and how he got to the Red Zone with a bottle of petrol despite strict lockdown are yet to be revealed.