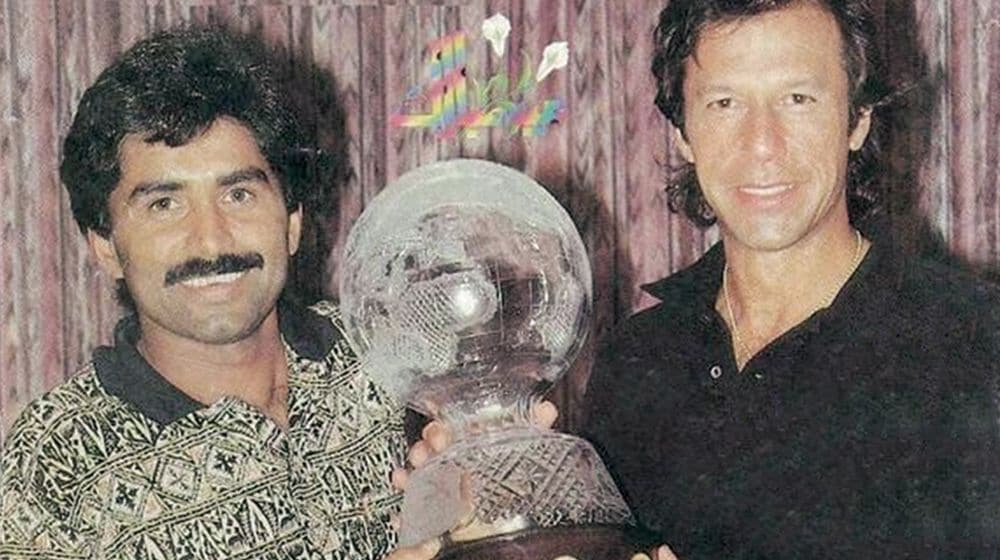 Imran Khan is a selfless man and Pakistan always comes first for him.

Miandad, who says he knows Imran Khan since the mid-1970s, believes that the current Prime Minister will not let anyone down in these difficult times.

It is a message of hope and something every Pakistani was hoping to hear as the country fights to contain the pandemic.

He’s very honest. He doesn’t rest until he successfully executes his plan. Today, he’s our Prime Minister and I want to say to the nation that you must trust this man. He’ll never let you down. He’s never let anyone down.

Talking about his friend further, Miandad said that sometimes it looks like he’s made the wrong decision, however, it always pays off in the end.

During our cricketing days, even when I opposed his decision, he used to say don’t worry, it will pay off and it did in the end.

Quoting the example of the World Cup, he said that everyone knows how badly we were performing but we won it in the end. Miandad also gave the example of Shaukat Khanum cancer hospital to give the people of Pakistan hope that we will get through these difficult times under the leadership of Imran Khan.

What are your thoughts on Javed Miandad’s remarks? Let us know in the comments.