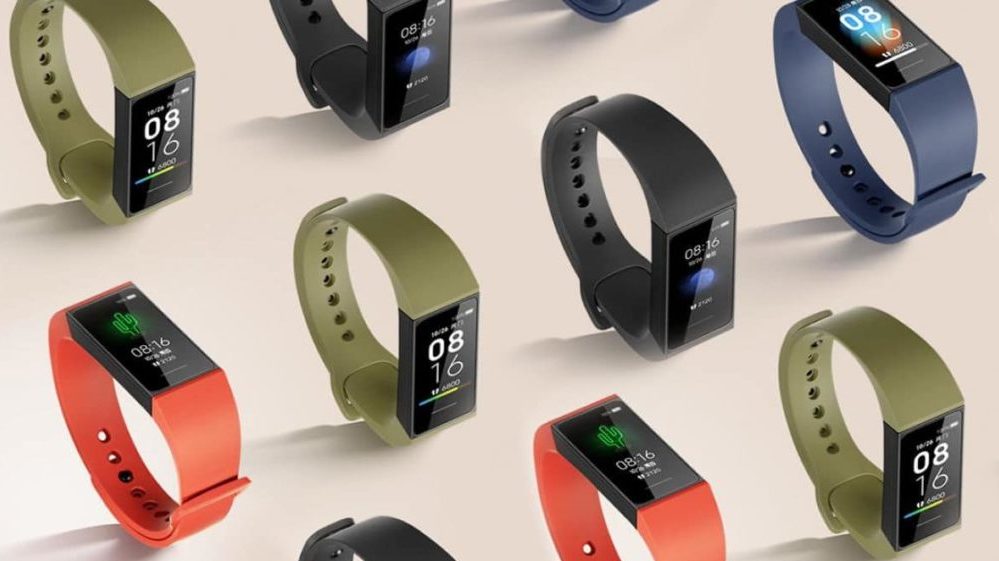 The long-awaited Redmi band has finally been launched at an extremely affordable price, and to our surprise (or not), it looks exactly like the Realme band launched last month.

As mentioned, the band has an uncanny resemblance to the recently launched Realme band. It has a similar rectangular display clutched between silicone straps and a similar USB charging system.

The display is a 1.08-inch LCD. The straps are not changeable like the Mi bands; however, you get to choose between four colors: orange, olive green, blue, and black.

Overall, the specifications are in line with what competing Chinese players are offering. The Redmi band comes with support for direct USB charging, 14-day battery life, heart rate monitoring as well as sleep monitoring.

As far as fitness tracking is concerned, it features five sports modes consisting of the basic running, walking, swimming, cycling, and treadmill options.

Since it is an entry-level band, the company has ditched support for NFC contactless payments. However, it does support music controls, alarms, and weather info.

The Redmi band will be available for crowdfunding from 10 AM on 9 April 2020 for $13. However, after that it will retail at $14. The exact dates when it will hit the shelves is still under wraps.