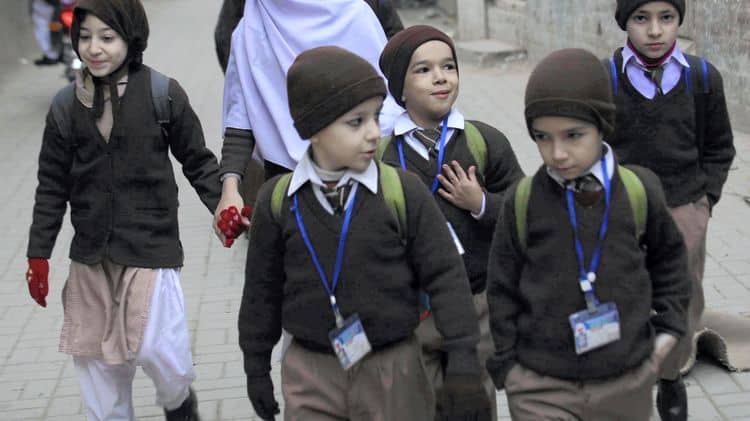 After consultation with private school owners, the Punjab government has announced a 20 percent reduction in school fees for the month of April and May.

This was announced by the Chief Minister Usman Buzdar on Monday in a Twitter post. Schools have been directed to collect the amount on a monthly basis instead of collecting a lump sum amount.

We have decided that during the holidays all schools in Punjab will be charged 20% less and on a monthly basis only.

Moreover, the government has strictly ordered the schools to pay salaries to their staff without any delay and not to terminate any employee.

During this time schools will be obliged to pay the full and timely payment of salaries of all teachers and staff and no school will be allowed to exclude teachers or staff.

Earlier last month, CM Buzdar had formed a two-member team consisting of Minister for School Education, Murad Raas, and Law Minister, Raja Basharat, to conduct meeting with the private school owners in this regard.

The meeting had taken place last Monday in which most of the representatives had asked for two-days time to respond to the government’s call.