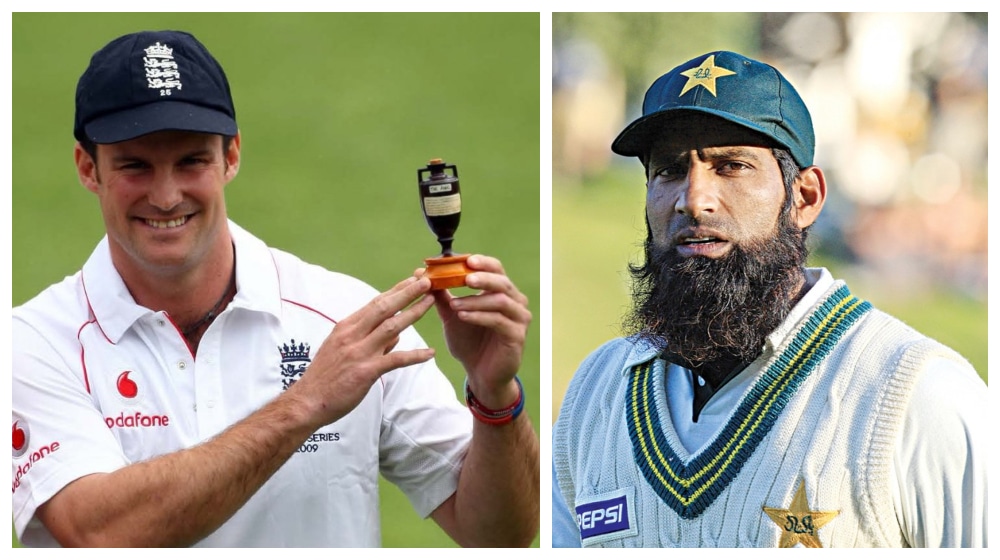 A clear mindset does wonders for you, no matter what you are doing. When former England captain, Andrew Strauss, was in need of motivation, he looked to Mohammad Yousuf and his beliefs.

Talking to Sky Sports, the England Cricket Board’s Director revealed that Mohammad Yousuf’s philosophy helped shape his career when he was still struggling after playing over 50 Tests for his country. It all changed for him in New Zealand, when he decided to not think about the negatives and enjoy whatever time he had as an England batsman.

Having had 12 months worrying and fearing about the humiliation of getting dropped, when that was actually the next thing that was going to happen to me, I just let go of all my feelings. I was thinking that if this is my last innings for England then I am just going to go out and enjoy it and almost treat it like my debut.

“I thought I am not in control of this. God is in control and amazingly with that mindset, I went out and got 177”, he revealed.

Quoting the example of legendary Pakistan batsman, Strauss said that his perspective towards life changed after his conversion to Islam and he was a changed individual and a changed batsman. From averaging just 40 in 2005 to 70 in the next three years, Yousuf did this when he accepted that fate will have something in store for him.

I always like to use the example of Mohammad Yousuf. When he was Yousuf Youhana, he was averaging 40 in Test cricket. Then he became a devout Muslim and on the back of that he had this philosophy that God willing, what will happen will happen. He had a much different outlook on life and he went from averaging 40 over the space of three years to averaging 70 in Test cricket.

“He was almost trying not to be as much in control of his batting as he was previously. Just kind of accepting that fate will have something in store for him. I think that was a really good illustration for me that sometimes you just have to let it all go”, he further said.