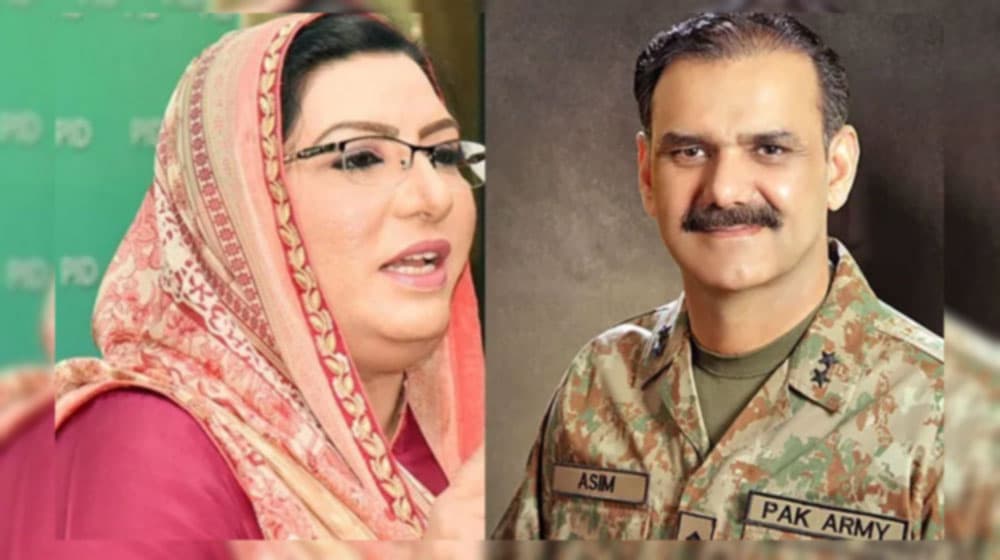 The Prime Minister office issued two separate notifications, first to confirm the removal of Dr. Firdous Ashiq and second for the appointment of the Shibli-Asim duo to the helm.

Through another circular, the premier announced Lt. General (Rtd) Asim Bajwa’s appointment in this capacity.

Ahead of the formal appointments, Federal Minister for Science and Technology, Fawad Chaudhry, who was the first Information Minister for PTI government, broke the news on media, welcoming the ‘positive’ change.

Prime Minister can better tell the real reasons behind the move but PTI workers are happy that an old party face has been made the information minister.

He said that the appointment of Shibli Faraz as the information minister will send a good message to party workers, adding that Faraz and Bajwa will make a good team.

Federal Minister for Human Rights, Shireen Mazari also congratulated Shibli Faraz for his appointment on the post. She said that Faraz was an old face of PTI and has the ability to run the ministry in a better way.

Congratulations Shibli Faraz on becoming Information Minister – an old PTI member and a dignified man with gravitas. Face of PTI.

Reasons Behind the Ouster of Awan

Though there is an official statement yet to come, sources within media houses revealed that Awan was accused of trying to secure a 1o percent commission from the government’s advertisement budget. She is also accused of out-of-the-way appointments in PTV and keeping two body-guards without permission.

Dr. Awan Reacts to the Development

Meanwhile, Dr. Firdous Ashiq Awan, in a tweet, thanked PM Imran Khan for the opportunity and said that she had performed her duties to the best of her capabilities over the period of one year. She also welcomed Khan’s decision, saying that it was Prime Minister’s prerogative to choose which player of the team would play at what batting order.

Dr. Firdous Ashiq Awan, a stalwart of Pakistan Peoples Party (PPP), joined PTI in 2017, just one year before coming into power. She lost the election from Sialkot but was appointed Advisor to Prime Minister on Information and Broadcasting in April 2019, replacing Fawad Chaudhry.