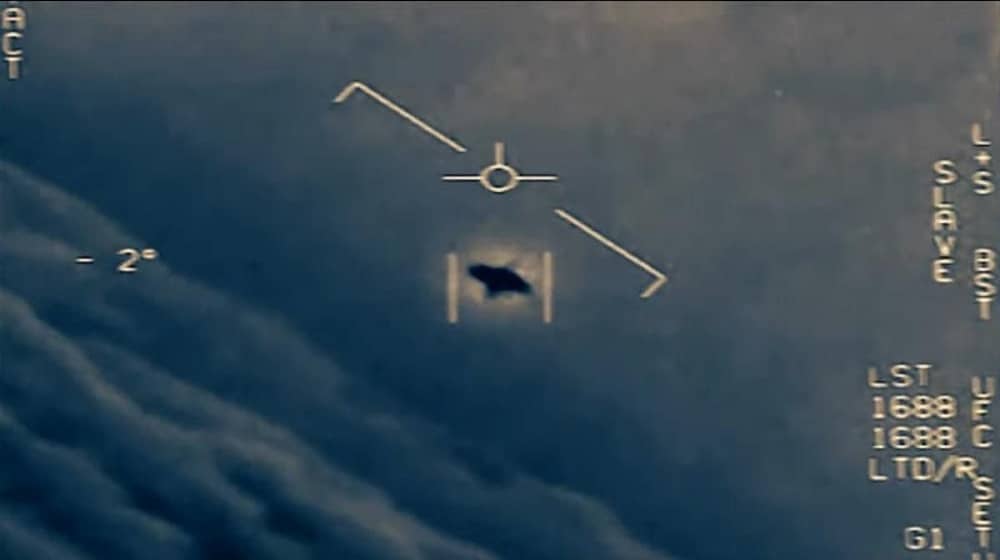 Pentagon has formally released 3 short videos comprising unidentified aerial phenomena that had been leaked by a private company between December 2017 and March 2018.

According to Pentagon spokesperson Sue Gough, Pentagon is officially releasing the videos to clear up misconceptions among the general public on whether the videos are real or not. One video was recorded in 2004 while the other two were recorded in 2015.

After a thorough review, the Pentagon has determined that the authorized release of these unclassified videos does not reveal any sensitive capabilities or systems. It also does not impinge on any subsequent investigations of military air space incursions by unidentified aerial phenomena.

In September 2019, the US Navy acknowledged the authenticity of the videos released by To The Stars Academy of Arts & Sciences.

Here are the videos recently corroborated by the Pentagon:

In the video from 2004, F-18 Super Hornet’s sensors lock on an unidentified target flying before it accelerated to the left side of the screen, a bit too quick for the sensors to relocate it. In the two videos from 2015, pilots try to make sense of what they are witnessing.

David Fravor, the former US Navy pilot who witnessed the mysterious aerial phenomenon in 2004, said this while recalling the experience:

As I got close to it, it rapidly accelerated to the south and disappeared in less than two seconds. This was extremely abrupt, like a ping pong ball, bouncing off a wall. It would hit and go the other way.

Pentagon had studied recordings of aerial encounters with unknown objects as part of a classified program that lasted between 2007 and 2012. Luis Elizondo, the head of the program, has said that this is compelling evidence that we are not alone.

These aircraft — we’ll call them aircraft — are displaying characteristics that are not currently within the US inventory nor in any foreign inventory that we are aware of.