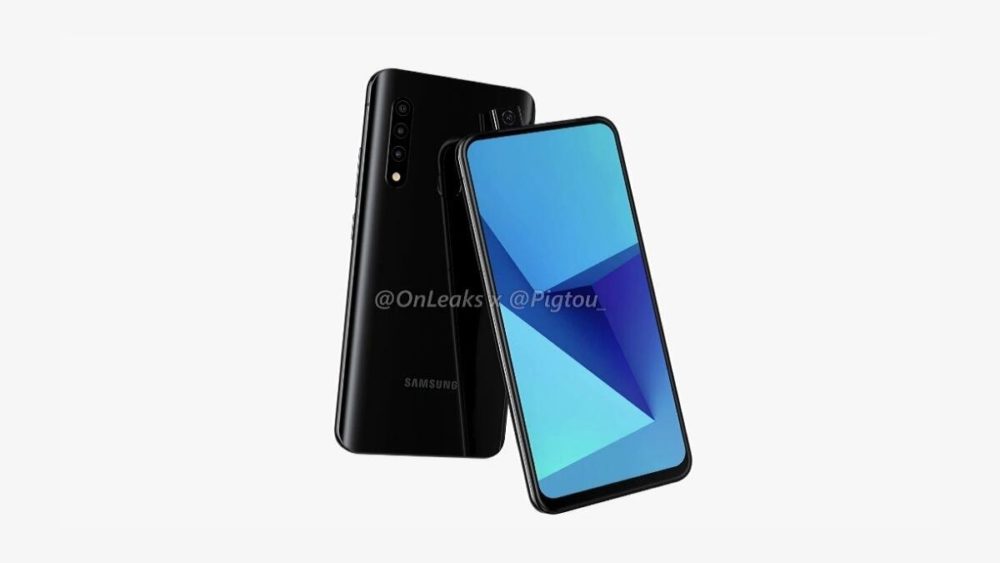 Pop-up selfie cameras have been a rarity among smartphones with only a few brands featuring them in their handsets in premium devices only. Lately, it has become more common with the likes of Tecno and Infinix introducing the feature on their affordable handsets, and rumors suggest that Samsung might be looking to make the same move and finally moving away from punch-holes.

Collaborating with the reputable tipster @OnLeaks, Pigtou managed to grab a few renders for an upcoming Samsung Galaxy A device featuring a pop-up selfie camera. The leak also includes a few specifications for the handset which are included below. 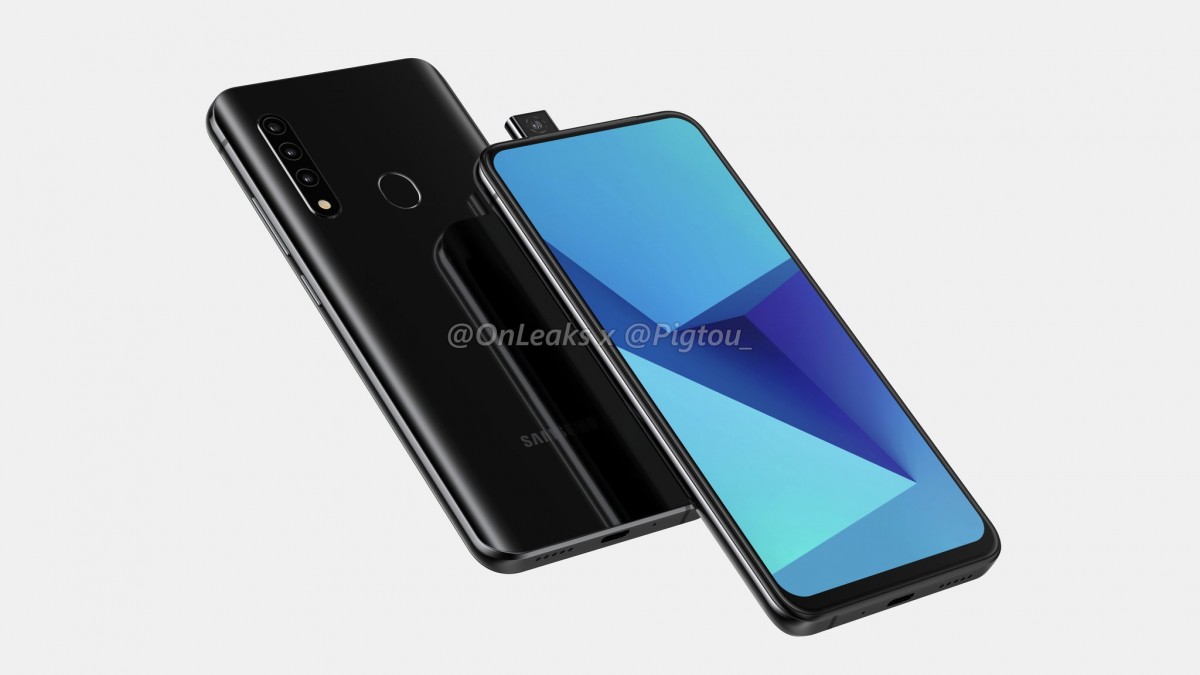 The mysterious Galaxy A device has a 6.5-inch full-screen display with no notches or punch hole cutouts thanks to the pop-up selfie camera. The presence of a fingerprint sensor at the back suggests that the phone is likely going to have an LCD. There is also a triple camera setup in a vertical layout at the back.

Unfortunately, there is no 3.5mm audio jack anywhere on the phone, but since it is only a render and not the final product, we can keep our hopes up.

Pigtou believes that the new Galaxy A handset will be announced in the next few months once the lockdowns are lifted and more information is expected to surface till then. Stay tuned.