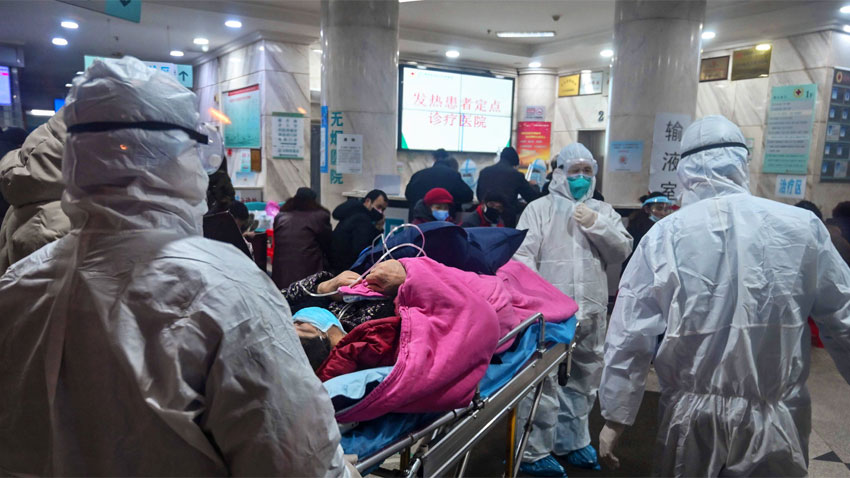 A suspected coronavirus patient in Karachi has committed suicide after being kept in the isolation ward without confirmation of the disease.

As per details, a resident of Landhi was brought to Jinnah Postgraduate Medical Centre (JPMC) on Sunday night with complaints of fever and chest pain. As per the standard procedure, he was tested for the virus while his X-rays were also taken before being shifted to the isolation ward.

The man spent the night protesting against the move, claiming that he did not have the contagious virus.

He was shifted to the hospital the next morning, where he somehow managed to reach the third floor of the hospital building and jumped from there to end his life, a hospital source revealed.

However, the JPMC executive director, Dr. Seemin Jamali, declared that the deceased was a drug addict and was kept in the coronavirus isolation facility because he showed symptoms.

We had conducted his chest X-ray and referred him to the isolation ward where he cried, hit the window and later committed suicide.

Lockdowns Are Troubling. But Their Lifting Is Where A Bigger Crisis Lurks.

She explained that the man committed suicide because he did not get the drug, and not because of the hospital’s negligence.

The hospital source revealed that his COVID-19 results also came out negative.

Meanwhile, a duty officer in Saddar police station said that they were unaware of his test results, adding that the police were tracing his family.