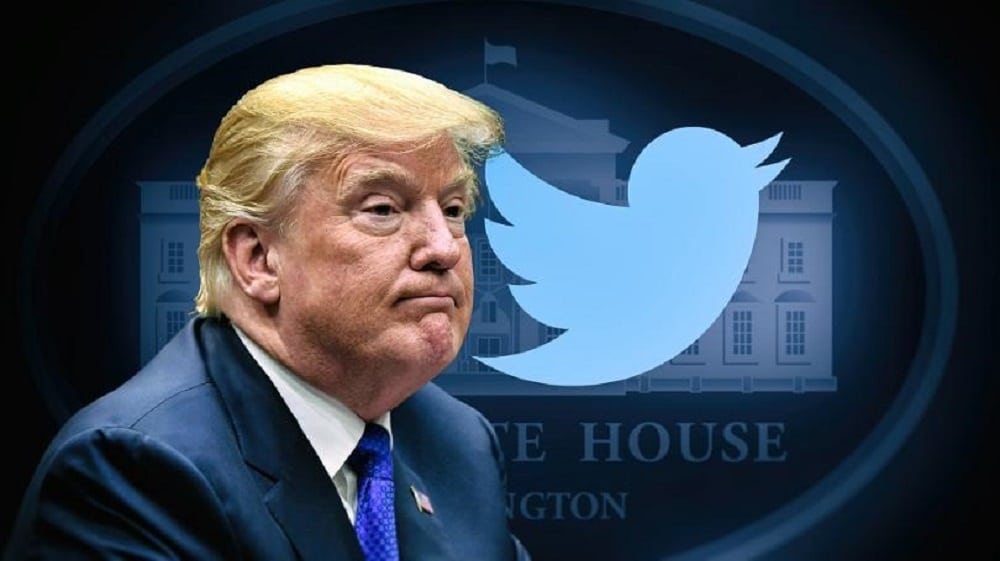 United States President, Donald Trump, has threatened to regulate social networking platforms after Twitter attached a fact-checking label to the former’s tweets claiming that mail-in ballots will be tantamount to electoral fraud.

Trump’s tweets came after the announcement made by California Governor, Gavin Newsom, to expand mail-in voting in California amidst the COVID-19 pandemic.

Here are the President’s tweets with an added label from Twitter.

Following the unexpected fact-checking, Trump specifically mentioned Twitter and accused the platform of interfering in the 2020 Presidential Elections scheduled to be held in November later this year.

Furthermore, Trump accused all social networking platforms of muzzling conservative voices and announced that the US government will either regulate or close down the social media platforms. 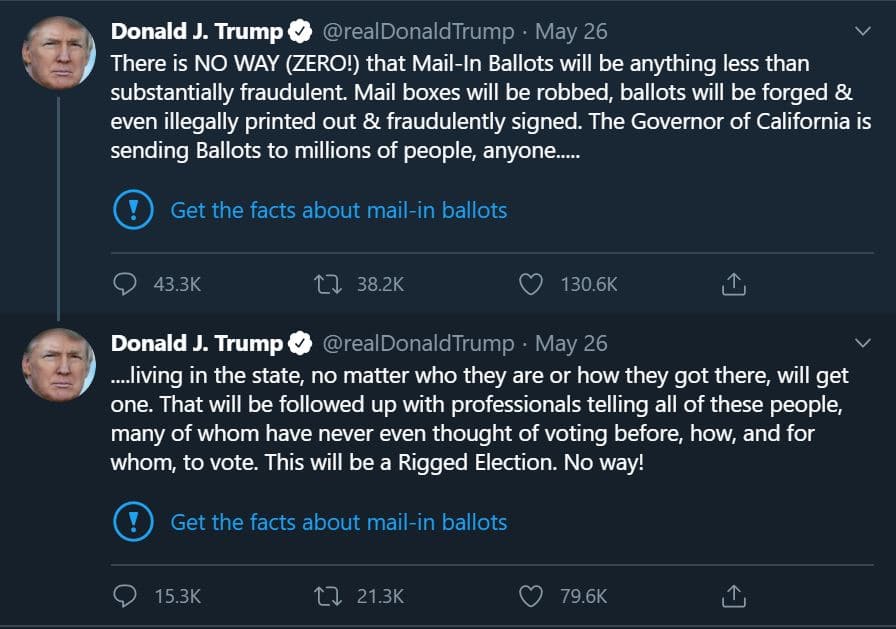 Twitter has now issued an official statement over the fact-checking episode which reads:

We added a label to two of Donald Trump’s tweets about California’s vote-by-mail plans as part of our efforts to enforce our civic integrity policy. We believe those Tweets could confuse voters about what they need to do to receive a ballot and participate in the election process.

According to Herbert Hovenkamp, a law professor at the University of Pennsylvania, the US President has little powers to shut down social media platforms that are operated by publicly traded companies and have billions of users worldwide. Moreover, Trump’s threat violates the First Amendment that ensures free speech to every US citizen.

While threats are meant to cause harm, Trump’s threats aren’t really intimidating because he makes them frequently and rarely follows through on them, said Hovenkamp.

On the other hand, White House Spokesperson, Kayleigh McEnany, has said that President Trump will soon sign an executive order into law regarding social media companies, suggesting that the tech companies will be faced with a wide range of regulations.