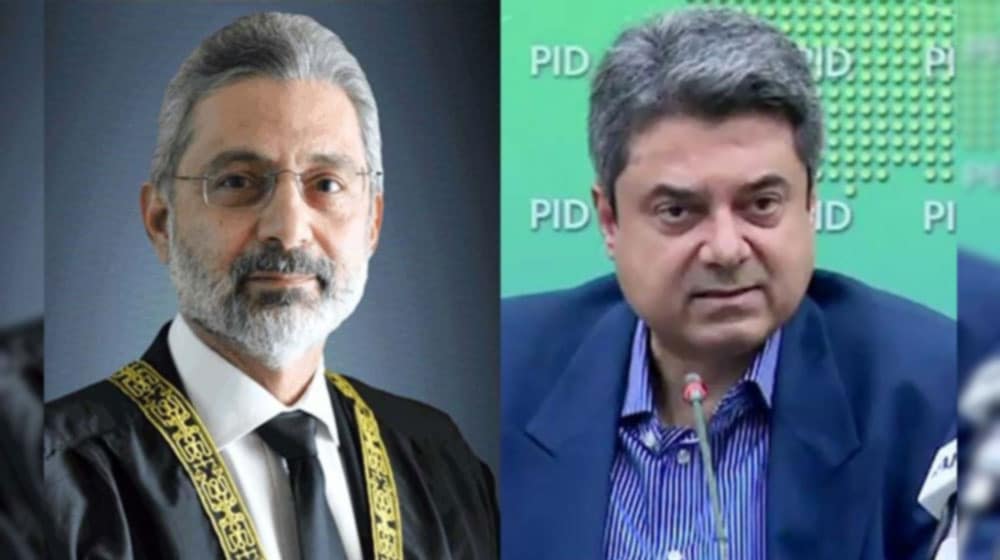 Justice Qazi Faez Isa has asked the Supreme Court not to allow the recently-resigned law minister Farogh Naseem to represent the federal government or any other respondent in a presidential reference against him and also described Naseem as a ‘tout’ in legal terms.

Supreme Court Planning to Use Skype, WhatsApp & Telegram for Hearings

Justice Faez Isa, in line to become future Supreme Court Chief Justice, has been facing a presidential reference from the federal government. The top court is set to resume hearing of the case from today.

To be able to represent the federal government, Farogh Naseem resigned on June 1, but Justice Isa has raised objections over this move.

In his six-page application, Justice Faez Isa has asked the top court not to allow Naseem to appear in the case in any capacity. According to him, it is prohibited by Rule 135 of the ‘Canons of Professional Conduct and Etiquette of Advocates’ enacted pursuant to the Pakistan Legal Practitioners and Bar Councils Rules, 1976.

Supreme Court Allows Markets & Malls to be Reopened Across Pakistan

The apex court judge has raised multiple questions ‘double procurement’ in the case. According to him, Naseem is the respondent in the case, thus, he cannot appear in person to represent himself.

The application argued that if Farogh Naseem represents the government or anyone else in this case it would be an illegal practice according to section 58 the Legal Practitioners and Bar Councils Act, 1973.

Illegal practice is a criminal offence the prescribed punishment for which is, imprisonment for a term which may extend to three years, or with fine up to fifty thousand rupees, or with both.