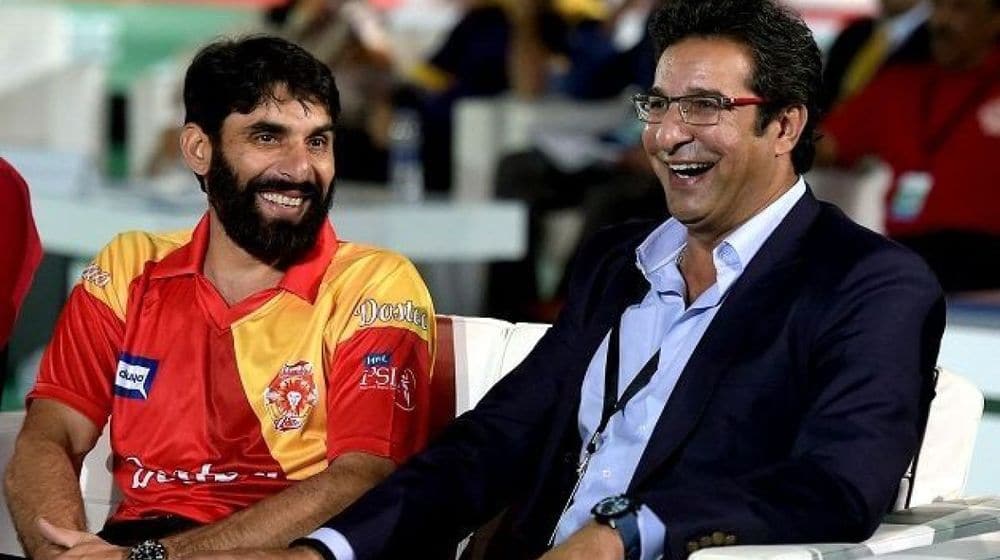 The Sultan of Swing, Wasim Akram, said Misbah-ul-Haq is a four-ball batsman and he can get him out in four balls, claimed Islamabad United’s Strategy Manager, Hassan Cheema.

He revealed this in a video discussion with England fast bowler Steven Finn as both recalled Islamabad United’s practice session in Dubai.

Why doesn’t Finn get him [Misbah] out every other ball? He is a four-ball batsman. I know how to get him out in four balls.

The England pacer, who played for United in the 2nd and 3rd season, was extremely impressed with Wasim Akram’s skills with the ball despite retiring from the game a long time ago. He could swing the ball both ways whenever he wanted, said Finn.

You remember he bowled in that training session as well. Everyone talks about the white ball not swinging these days. I watched him for about an hour. He was shining this ball perfectly and then swung pretty much every ball either way he wanted. So they do swing.

Misbah was considered the backbone of Pakistan’s batting line-up alongside Younis Khan especially after taking up the captaincy. The 46-year-old averaged 46.62 with the bat in Tests with 10 centuries in 132 innings and 43.40 in 149 ODI innings with a best of 96*.