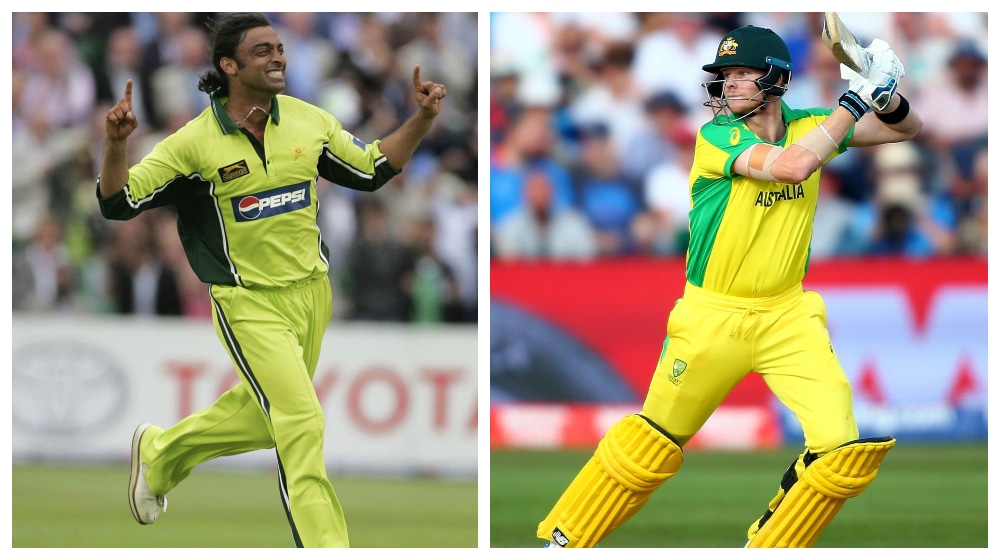 The International Cricket Council (ICC) has posted a troll post in response to Shoaib Akhtar’s claim of getting out Steve Smith in just 4 balls.

Earlier, the Rawalpindi Express had claimed to easily remove Smith by bowling a few nasty bouncers to him. He said this in response to a contest post shared by ESPNCricinfo. Here’s how it all went down:

Imagine these 20 players at their prime. You can only pick one contest to watch 🤜🤛 pic.twitter.com/8CzQLHYPMv

Some of the other contests that the fans would pay to watch would be Wasim Akram bowl to AB de Villiers, Saeed Anwar batting against Jasprit Bumrah, and Babar Azam trying his luck against the legendary Glenn McGrath.

Coming back to the point, talking about his own imaginary duel with Smith, Akhtar took to Twitter to share his thoughts. As per his thoughts, it would take three hurting bouncers before getting Smith’s wicket on the 4th ball.

Even today, 3 hurting bouncers and i can dismiss @stevesmith49 on the 4th ball. Lol https://t.co/6vvmrfFHNK

In response, cricket’s governing body also joined the discussion, however, it was a subtle troll. ICC posted a Michael Jordan meme with the legendary basketball player first looking at something, which in fact was Akhtar’s claim, and then laughing it off.

Earlier, the Rawalpindi-born fast bowler also laid out his plan on how to get Virat Kohli’s wicket. He said that he will make Kohli drive while bowling an outswinger from wide of the crease. Else, he will go express pace to send him back to the pavilion, he claimed.