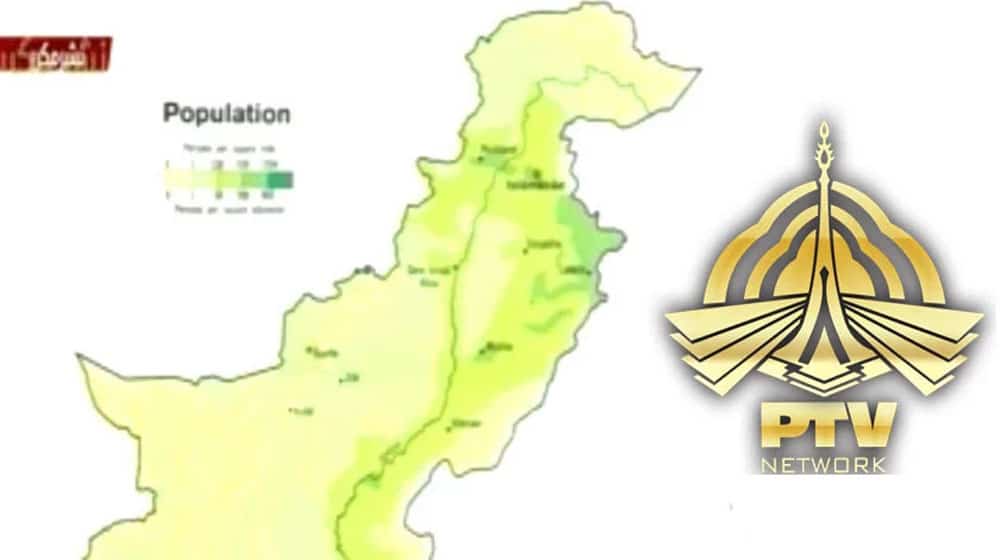 Pakistan Television (PTV) has suspended two of its employees for airing an incorrect map of the country during the live transmission. During a children’s show on June 6, the incorrect map was aired, depicting Indian Occupied Kashmir as a permanent part of India instead of a disputed territory.

Soon after the incident, the state television had formed a committee to investigate the matter. In light of the committee’s findings, two PTV officials responsible for the blunder were suspended.

Taking strict action on the recommendations of the Inquiry Committee designated to probe the airing of an incorrect images of a map of Pakistan on June 6 on PTV News, PTV management has terminated two officials found responsible for the professional oversight.

The glaring mistake attracted a lot of ire from the politicians, as well as the public, as Twitter erupted with demands of action against responsible officials. But, PTV didn’t move until some federal ministers got involved.

Federal Minister for Science and Technology, Fawad Chaudhry termed it a shameful mistake. He bashed MD PTV, Arshad Khan, as he has been running affairs at PTV for years. Former Information Minister said that Arshad should understand that he is chairman of PTV and not Doordarshan.

Shameful…. Arshad Khan heading PTV since decades seems he forgot he is chairman n defacto MD of PTV not DoorDarshan… expect @shiblifaraz to take all measures to teach them what #Kashmir is meant to Pakistan….. https://t.co/QJ2aU61GlB

Minister of Human Rights, Shireen Mazari, called it lack of research and asked Federal Minister for Information and Broadcasting, Shibli Faraz, to do away with these irresponsible actions.