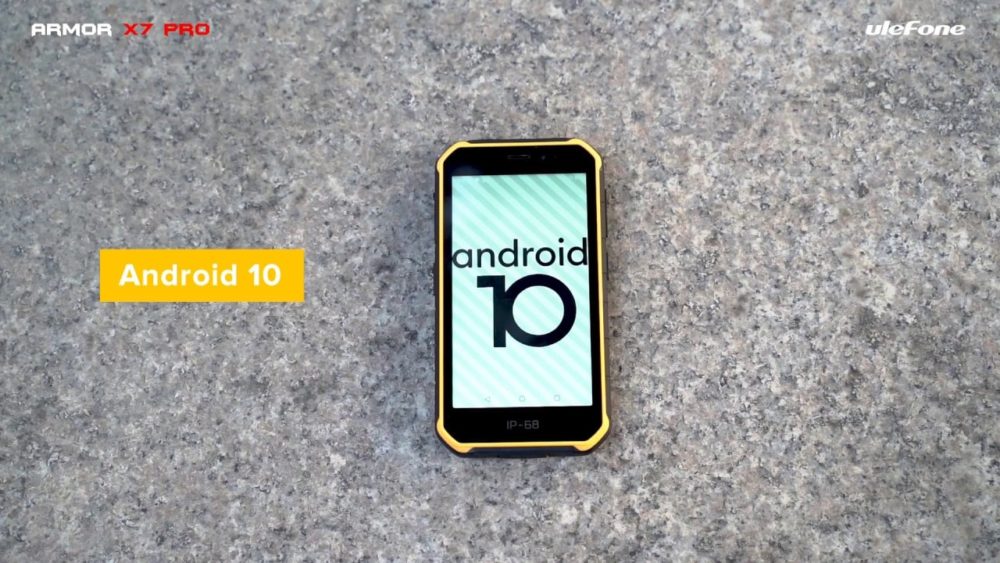 Chinese phone maker Ulefone has updated its Armor X series with the Armor X7 Pro, which is currently one of the cheapest and most durable budget devices on the market.

It starts at only $130 and is MIL-STD-810G (US military grade durability test) compliant, has IP68 water and dust resistance, and can be dropped onto concrete from up to 4 feet without taking any damage.

The Armor X7 Pro weighs nearly 250g due to its heavy-duty rugged construction. It has a 5-inch 720p LCD with conventional, thick bezels all around and the older 16:9 aspect ratio as well.

At the back, there is a single primary camera at the top just above the fingerprint sensor, the Ulefone branding in the center, and a speaker grille near the bottom. There is a handy customizable button on the side that can be used for a screenshot, flashlight, camera, and more.

Powering the device is one of Mediatek’s budget SoCs, the 12nm Helio A20 with a 1.8GHz quad-core processor, and the PowerVR GE8320 GPU. This is paired with 4GB RAM and 32GB storage that is expandable through a microSD card.

You get the pure Android experience with stock Android 10 out of the box.

The main sensor at the back is a 13MP shooter capable of underwater photography and 1080p video clips at 30FPS. It comes with a dual-LED flash and can capture HDR photos as well.

The front camera beside the earpiece is a 5MP unit that can record HD videos at 30FPS.

The 4,000 mAh battery on-board is more than enough to keep the budget specs going for around 2 days. Sadly, there is no fast charging support.

As mentioned before, the Ulefone Armor X7 Pro starts at only $130 but can be obtained for just $90 and even as low as to $80 at some vendors such as Aliexpress.