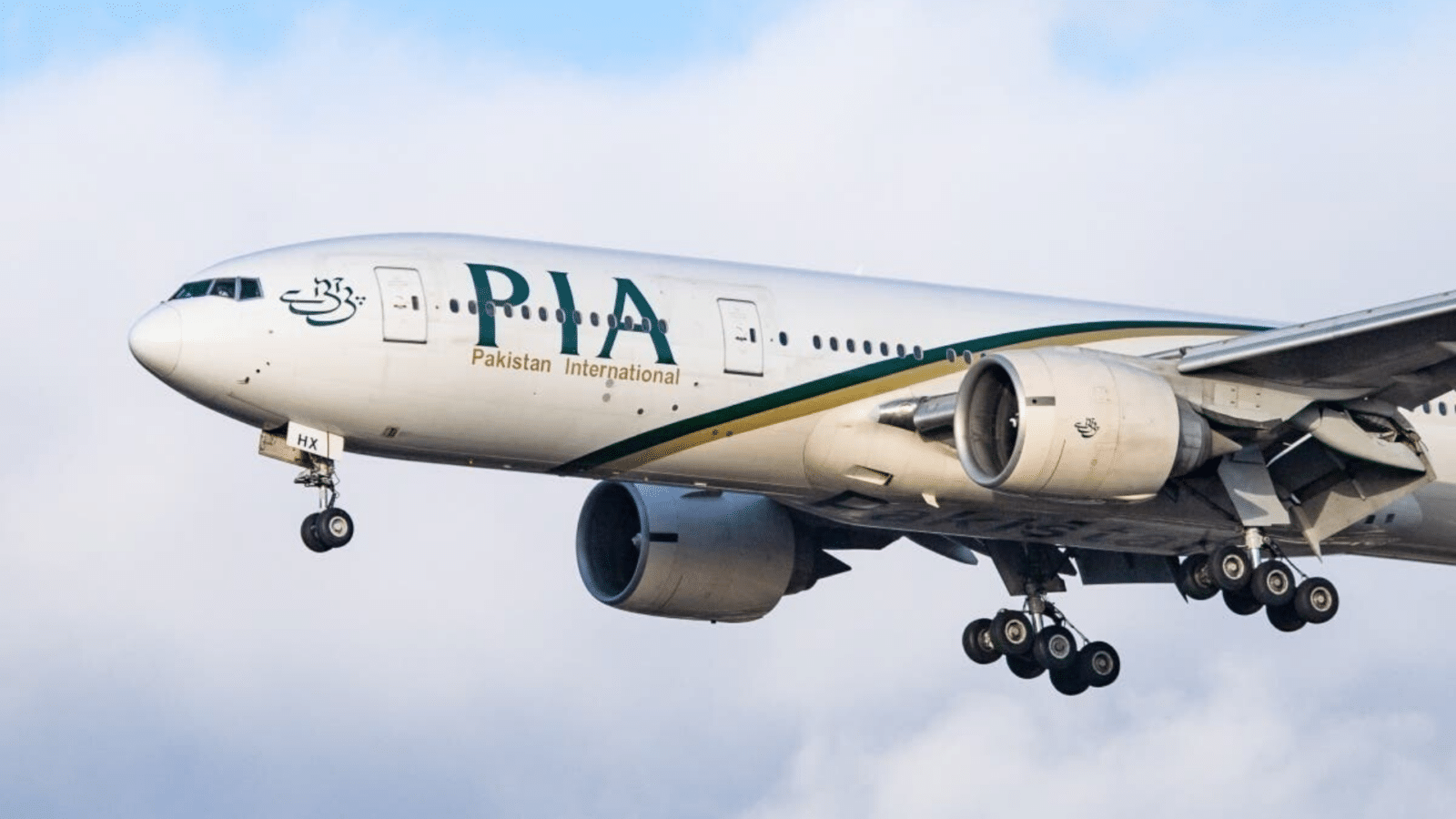 Assistant manager flight services Khalid Mehmood Jadoon has been fired from Pakistan International Airlines (PIA) after confirmation that he had a fake degree. The former assistant manager was served a show-cause notice in December last year on account of the submission of a fake BA degree.

According to the notification issued by the national carrier:

This is in reference to Show Case Notice issued on account of submission of Forged BA Degree during service, under provisions of PIACL Employees Disciplinary Policy 2019…..Inquiry officer after completion of inquiry proceedings declared you guilty of charges. After careful perusal of the entire record of the case, the competent authority has decided to dismiss you (Khalid Mahmood Jadoon) from the service of PIACL in accordance with the applicable rules of the company. Accordingly, you are hereby Dismissed from the service of PIACL with immediate effect.

After completing the inquiry proceedings, the investigation officer declared him guilty of possessing a forged degree. 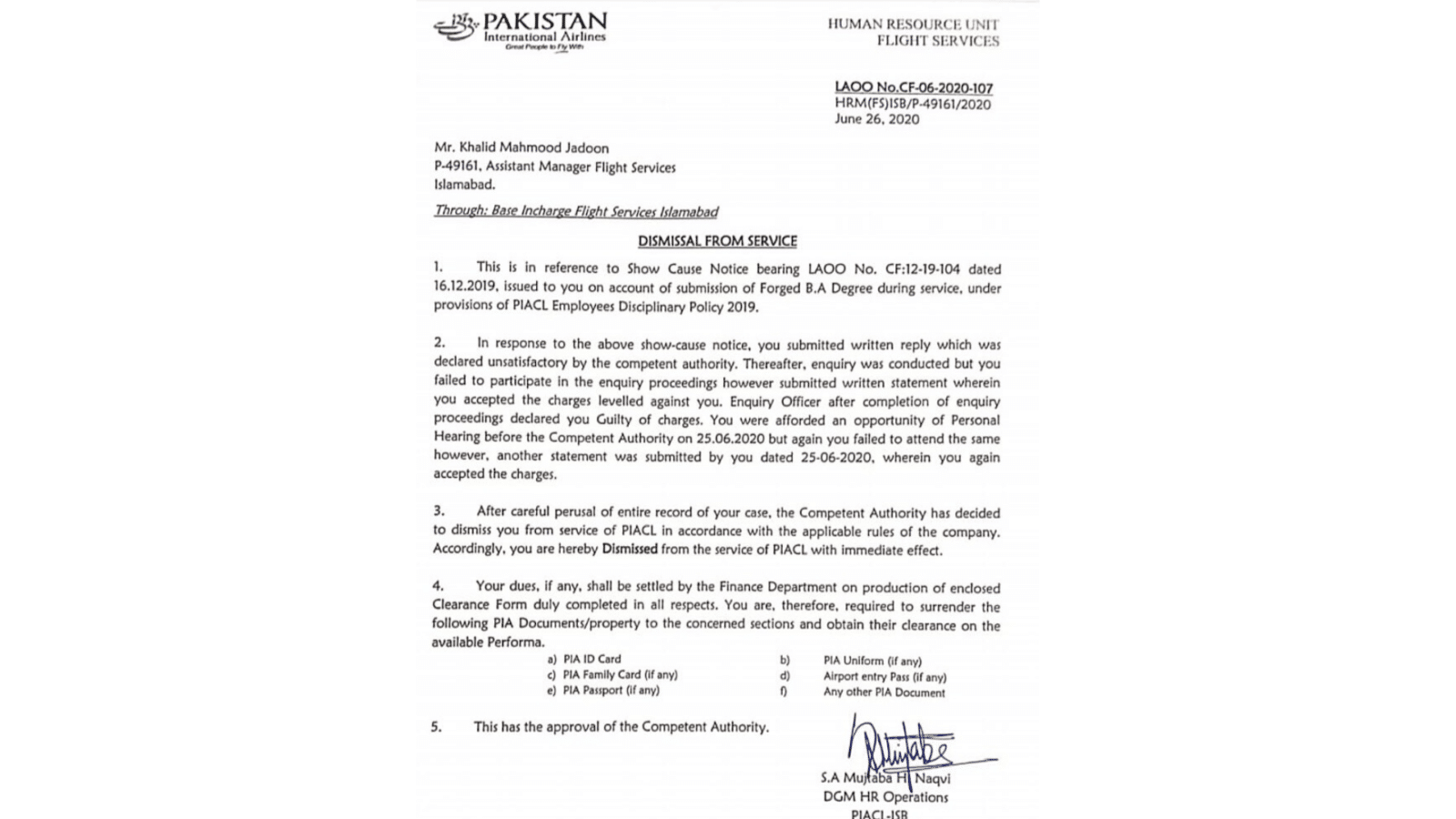 Prior to this on June 30, the European Union Aviation Safety Agency (EASA) had suspended PIA flight operations for Europe due to fake credentials. The suspension will remain in place for six months.

According to a PIA official, they have been in contact with EASA regarding this matter and are hopeful that the suspension will be lifted soon.